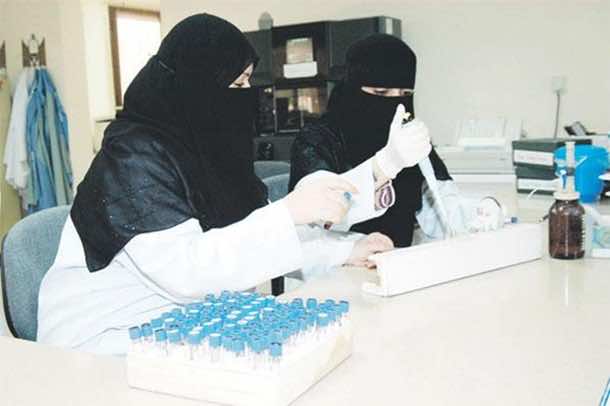 Rabat – Entitled “Would you marry a female doctor?” a new controversial hashtag is trending on the Saudi Twittersphere, sparking a heated debate on how the kingdom perceives women workers.

The hashtag has shed light on a problem plaguing female doctors Saudi society. Initially shared by some Saudi men, they claimed that the social pressure caused by the “nature of their work” may deprive female doctors of the “right to marry” and thus motherhood.

Many Saudi men tweeted their concerns. Some expressed outrage at the mere thought of a female doctor touching another man, others voiced their worry over long working hours away from home while others were more concerned about their wives associating with men during work.

All together, the responses rejected the idea of marrying a woman who is a doctor.

[You’ll rarely find a female doctor who can cook.]

In response, many women led a campaign to shut down the sexist and misogynistic comments online, tweeting the corresponding hashtag, “I’d rather be single.”

Some Twitter users felt that the question unfairly discriminated against female doctors, who some said have “devoted their lives to human service.” For these users, the more accurate question: “would the doctor accept to marry you?”

The divided reactions in Saudi Twitterdom were understood as stressing the contradictory attitudes about the place of women in contemporary Saudi society – men who refuse to marry women who are doctors might still call them when their female relatives are sick.

[I am very proud and I will continue supporting [her] during all her career. I’m writing these words while I am waiting for her to be out of the office.]

Speaking to MWN, Rowaida Alerwi, a Saudi nursing student, explained that 10 years ago, joining a medical school was a real taboo in Saudi Arabia.

“Having a culture based on gender segregation poses a challenge for any female student willing to join the medical practice which is one of the few gender-mixed fields in Saudi Arabia,” said Alerwi. “Families who have a conservative background won’t allow their daughters go to medical school, you would see that scenario very commonly.”

She added that “as a nursing student, I see challenges every once in awhile, but both genders are needed in the medical profession.”