Rabat - Moroccan-French comedian Gad Elmaleh will lead the cast of his first original series, Huge in France, as well as an English language stand-up for the global web-streaming network Netflix. 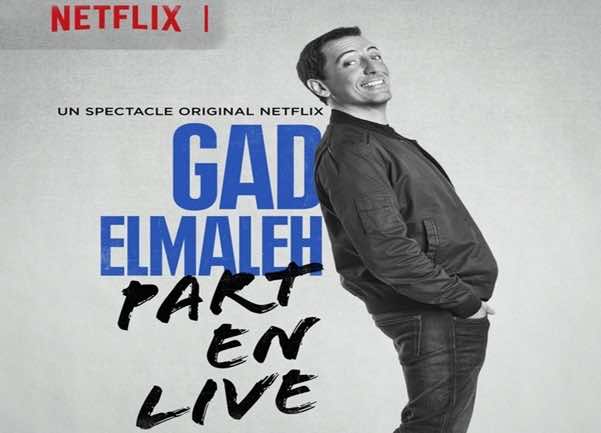 Rabat – Moroccan-French comedian Gad Elmaleh will lead the cast of his first original series, Huge in France, as well as an English language stand-up for the global web-streaming network Netflix.

The half-hour comedy web-show is inspired by the comedian’s life career. The comic will follow Elmaleh’s move from France to the US at a boiling point. The comedian, who is renowned in France, will therefore leave everything behind him in France, “in an attempt to reconnect with his estranged, comedy hating, 16-year-old male model son in Los Angeles.”

According to American magazine Deadline, Elmaleh is also the executive producer of Huge In France.

Elmaleh had already worked with Netflix in January 2017 with his stand-up special Gad Gone Wild. Both his new eight-episode sitcom and stand-up show are scheduled to be released on 2018.

“I am so happy and inspired by this opportunity and could not feel more proud to be part of the Netflix family,” said Elmaleh. “This project is incredibly personal to me but more importantly it has such a universal theme that I cannot wait to share with the world.”

Cindy Holland, Vice-President of Original Content for Netflix, said that “[they] are thrilled to be working with the incredibly talented comedian and humorist Gad Elmaleh on his first English-language series.”

“Gad is a renowned French comedy star, whose humor, charisma and talent will continue to cross borders and resonate with audiences around the world.

Huge in France is co-created by showrunners Andy Mogel and Paul Jarrad.

The Moroccan-born comedian is currently touring the US with his English-language stand-up show, reported Deadline.

The stand-up comedian and actor has starred in several feature films, including Coco, Priceless, and La Doublure. He was voted the “funniest person” in France and was named Knight of the Order of Arts and Letters by France’s Minister and Culture and Knight of the National Order of Quebec.

In 2015, Elmaleh moved to New York City, embarking on an English-language tour across the US. He first appeared in in Joe’s Pub in December following multiple shows in the fall.