Rabat - Morocco’s accession to the ECOWAS and the establishment of Moroccan businesses in sub-Saharan Africa is still spilling ink in Senegal. For economist and Senegalese MP Mamadou Lamine Diallo, the threat of his country turning into a “Moroccan souk” is real. 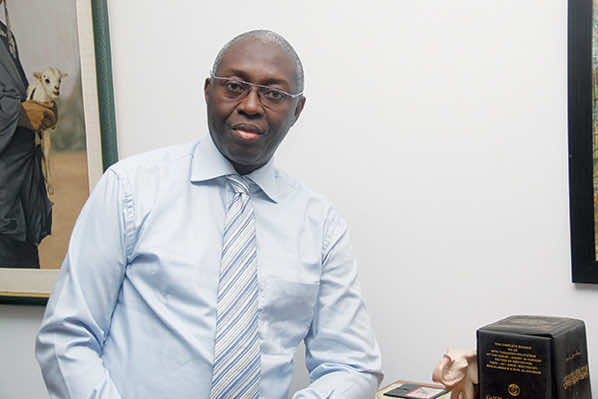 By
Chaima Lahsini
-
Chaima Lahsini is freelance journalist and activist with the Al-Fam collective in Rabat.
Nov 30, 2017
Spread the love

Rabat – Morocco’s accession to the ECOWAS and the establishment of Moroccan businesses in sub-Saharan Africa is still spilling ink in Senegal. For economist and Senegalese MP Mamadou Lamine Diallo, the threat of his country turning into a “Moroccan souk” is real.

The kingdom’s economic strategy in Africa is not delighting everyone. Driven by King Mohammed VI since Morocco’s return to the African Union and its possible accession to the ECOWAS, the promise of Moroccan businesses’ competitivity is raising the concern of representatives of Senegalese businesses, labor unions, and civil society.

“If we let Macky Sall [Senegalese President] pursue its policy, Senegal will be transformed into a souk of imports from Morocco or elsewhere financed by oil or gas,” warned Diallo in his weekly question to the government, reported Wednesday, November 29 by local media.

The deputy explained that when Senegalese industrials expressed their concern about Morocco’s entry to the Senegalese market, Sall simply asked them to be competitive.

“Mr. Macky Sall, businesses are not born competitive, they become as such!” deplored Diallo. “It is from a dynamic complicity between the State and the well-chosen industrial sectors that the emergence begins.”

However, for the MP, “the government’s policy weakens the local industry including food industries whose activity is declining according to the Ministry of Finance.” He accused the Senegalese president of lacking “economic patriotism.”

Diallo is not alone in his concerns. On November 1, representatives of Senegalese businesses, labor unions, and civil society called to block Morocco’s potential entrance into the ECOWAS, for fear it would undermine local businesses and products, which “would have no chance when competing with their Moroccan counterparts.”

“Morocco is knocking at ECOWAS‘s door,” wrote Senegalese online media outlet Dakar-Presse, quoting a local union of businesses and labor syndicates. The article insists that this door should not be opened, or otherwise it would signal the death of “the weak economies of the west African zone.”

The Initiative Committee for Integration Monitoring (CISI), an organization that groups together businesses, labor unions, university professors, and NGOs, also voiced its opposition to Morocco’s admission to ECOWAS, saying they would rather see it as partner than a member of the bloc.

“The Moroccan economy is very competitive,” said CISI head Zator Kane Diallo. “We oppose unbalanced relations that would suffocate our economy, destroy whole pillars of our productive sector, and export our jobs to Morocco.”