Rabat - Moulay Hafid Elalamy, the chairman of Morocco's 2026 World Cup bid committee, is expected to hold a press conference on Tuesday in Casablanca to unveil key components of Morocco's bid. 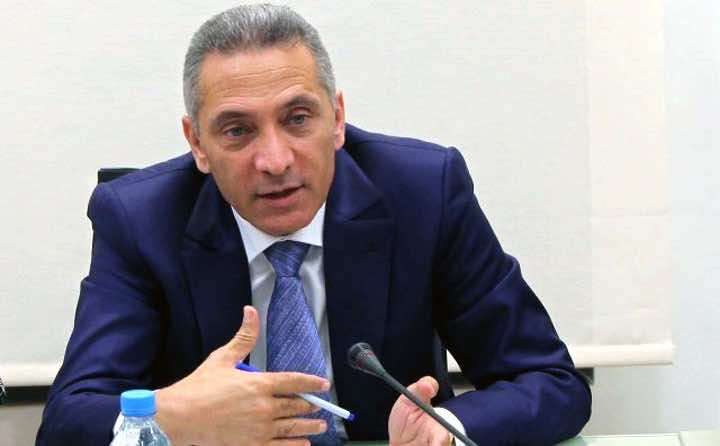 By
Chaima Lahsini
-
Chaima Lahsini is freelance journalist and activist with the Al-Fam collective in Rabat.
Jan 22, 2018
Spread the love

Rabat – Moulay Hafid Elalamy, the chairman of Morocco’s 2026 World Cup bid committee, is expected to hold a press conference on Tuesday in Casablanca to unveil key components of Morocco’s bid.

The presentation tomorrow will come four months before the June 13 final vote by FIFA’s Congress as to who will host the 2026 World Cup.

Elalamy’s press conference tomorrow will be his first media appearance as the manager of the Moroccan 2026 bid committee. The minister is expected to give an hour-long preview of Morocco’s bid, knowing it was just finalized today according to Morocco World News sources.

Morocco will be competing against a joint bid by Canada, Mexico and the United States. According to sources close to the case, Morocco’s bid for the 2026 World Cup was developed and refined over the past few months. “The 300-pages draft was only delivered few days ago,” a source who spoke on the condition of anonymity told Morocco World News.

This delay come in contrast to previous years, when “Morocco had its strategy ready at least one year ahead of the event, like in 2010,” added the source. Morocco thus find itself in a delicate situation.

One thing that might play in favor of Morocco’s bid however, is President Donald Trump. A survey conducted by the The Gallup Organization reveals a dramatic drop in the confidence of US leadership. The American company’s survey of respondents from 134 countries, shows that only 30 percent of respondents worldwide approve of US leadership, a drop of 18 percent from the previous year under President Barack Obama.

While this study does not directly affect the organizational capabilities of the United States or the quality of their hosting abilities, it still raises the concern of the president of the American Football Federation, Sunil Gulati. The official expressed his concerns at a coaching convention in the United States last Thursday.

“It’s not just our stadiums, our hotels and all that. it’s about America’s perceptions, and it’s a tough time in the world. So there are only some things we can control … We have to go out and convince what will eventually be 104 voters to vote for us,” he told British newspaper the Guardian.