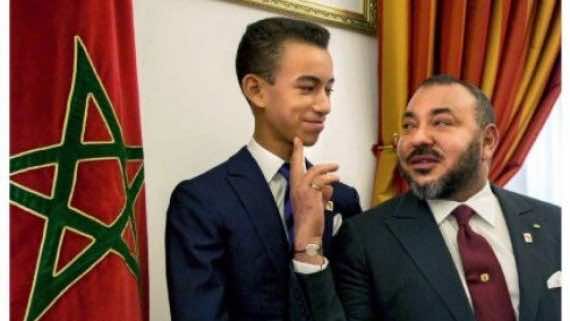 The prince was born May 8, 2003, the firstborn son of King Mohammed VI and his wife, Princess Lalla Salma, in the Royal Palace of Rabat. As the heir apparent from birth, the prince’s arrival was greeted with a 101 gun salute, as thousands of well-wishers gathered outside the palace gates to celebrate the birth of their future king.

Educated at home in the royal palace, the prince has indicated his intention to begin attending the Royal Preparatory High School for Technical Aeronautics (CRPTA) in Marrakech.

As a young teenager, the prince takes his royal role seriously. He has presided over numerous events, including the 13th International Agriculture Fair (SIAM) in Meknes; a dinner in honor of former French President Francois Hollande; the 24th International Publishing and Book Fair (SIEL) in Casablanca; and the 5th African Nations Championship of Local Players, a game which Morocco won handily, to the delight of the nation. Prince Moulay El Hassan was notably the youngest participant at the One Planet Summit in France last November, earning him international admiration.

Recently, Prince Moulay El Hassan appeared in a picture with his father after King Mohammed VI underwent a successful heart surgery in France.

In a cover story devoted to the crown prince, Jeune Afrique proclaimed Moulay El Hassan as “educated to become a revolutionary monarch in the Arab world.” All of Morocco wishes the remarkable young prince a joyous birthday and a wonderful year.