Rabat - Featuring the rugged Atlas Mountains, the vast Sahara desert, and a gorgeous coastline, Morocco offers a wealth of amazing attractions. Tourism in Morocco is focused on its unique culture, beautiful coast, and storied history.

Rabat – Featuring the rugged Atlas Mountains, the vast Sahara desert, and a gorgeous coastline, Morocco offers a wealth of amazing attractions. Tourism in Morocco is focused on its unique culture, beautiful coast, and storied history.

The country has received over 10 million visitors annually since 2013, making tourism a major part of the Moroccan economy. Some of its most notable attractions will be explored in greater detail below.

The Hassan II Mosque is located in Casablanca. It is the largest mosque in the country and the 13th largest mosque in the world. The minaret stands 210 meters tall. The top contains a laser pointed towards Mecca. The mosque, along with its vast plaza, can hold 105,000 worshippers at once. The magnificent architecture is enough to attract anyone to the Hassan II Mosque. The site is one everyone should consider visiting, even if they are not Muslim.

Morocco Mall in Casablanca is a popular destination, enjoyed by locals and tourists alike. The mall is open every day of the week and boasts an IMAX 3D theater, musical fountain, ice rink and a wealth of shopping options.  The mall’s 6D Universe takes the cinema experience to the next dimension, immersing viewers in the world of the movie. It is a sensation that everyone should enjoy at least once. The shops sell everything from games to the Friske Drag E-sigaretter.

Marrakech’s El Badi Palace, (the Incomparable Palace) is a must-see for history buffs. Construction on the palace started in 1578 and concluded in 1593. It was funded by the ransom paid by the Portuguese after the Battle of the Three Kings in 1578. The palace features a museum with many exhibits.

The Museum of Marrakech is perfect for art lovers. The museum itself is found in the majestic Dar Menebhi Palace, constructed in the late 1800s. The museum is home to modern and traditional art, historical books, pottery and coins.

When visiting the country, it is vital to spend time in Mediterranean Morocco. The region has several small towns with something to offer tourists, but Chefchaouen is undoubtedly the most popular. Its iconic blue houses form the picturesque foreground of a breathtaking view with the Rif Mountains in the background. The modest town with its traditional marketplace provides an escape from the hustle and bustle of the big city. 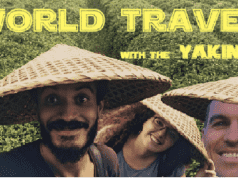 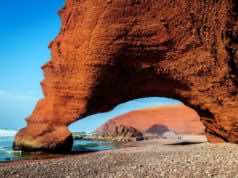 Ramadan 2018 May Generate Uptick in Travel to Morocco 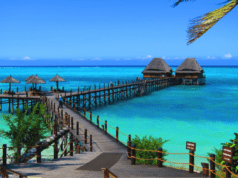 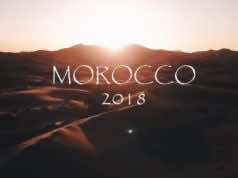 Three Moroccan Cities To Visit In 2017