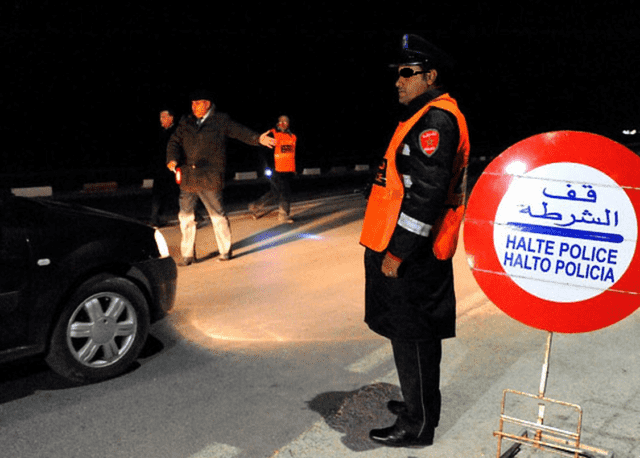 By
Ahlam Ben Saga
-
Ahlam Ben Saga is a Cultural Studies graduate from university Mohammed V of Literature and Humanities in Rabat.
Sep 24, 2018
Spread the love

Morocco’s National Observatory for Human Rights (ONDH) stated Monday that security services in Tangier and other northern cities and towns like Martil, have arrested several young Moroccans and sub-Saharans trying to escape to Europe.

ONDH wrote: “Security services have organized campaigns to stop dozens of young people at the entrances of the tourist cities in the north.”

ONDH stated that authorities transported the migrants back to their home cities under strict supervision.

As a strategic gateway between Africa and Europe, Tangier has witnessed an influx of hundreds of migrants.

The observatory emphasized in its statement that “hundreds of young people in Martil flood to the town’s shores with the hope of migrating irregularly across the Mediterranean.”

Authorities have not yet made an official announcement concerning the new strict measures against irregular migration in the northern cities.

Speaking at a press conference on Thursday, September 20, Government Spokesperson Mustapha El Khalfi said, “At the end of August 2018, 54,000 attempts of emigration were aborted in Morocco [compared to] 39,000 during the same period of 2017.”

Moroccans account for 13 percent of undocumented migrants who attempted to reach Europe in 2018 (7,100 Moroccans).

According to El Khalfi, 8,2000 Moroccans attempted to migrate to Europe in 2017. He added that Morocco is increasing efforts to combat immigration networks “which continue to develop their methods.”

Spain has reactivated an agreement concluded with Morocco in 1992. The agreement allows Spain to deport migrants to the kingdom.

On August 23, Spanish authorities implemented the agreement, sending back 116 migrants to Morocco who had successfully crossed the fence between Morocco and the Spanish enclave of Ceuta.

The Spanish Ministry of Interior indicated that more than 250,000 undocumented Moroccans are currently living in Spain, with close to 5,000 identified as “unaccompanied minors.”

Why the Moroccan youth risk their lives to migrate

Every year, hundreds of migrants take the risky sea route or cross controlled fences to reach the closest European country with the belief that they could lead a better life.

Mohamed Daadaoui, a specialist of North African politics at Oklahoma City University, said that the “Moroccan youth are all too eager to take the risk of crossing [to Europe] given the dire socio-economic situation in Morocco.

“Their prospects for jobs and economic empowerment have not improved, especially in the Northern part of the country,” he stated.

The head of the Unified Socialist Party (PSU), Nabila Mounib, had a different take on emigration.

Mounib said in a press conference earlier this month that it is the “monopolization” of the country’s wealth that causes young Moroccans to choose to emigrate or migrate.

Be it high-qualified Moroccans emigrating with the belief that “their country does not encourage scientific research” or unemployed Moroccans seeking jobs abroad, it is all due to “monopoly” and “theft” in the country, Mounib stated.