Tons of olive oil have been stuck in Morocco’s Agadir port since December, causing concern for sectors that depend on the oil.

Rabat – The National Office for Food Safety (ONSSA) has not yet finished carrying out a “quality and authenticity analysis” on about 20 containers of olive oil that have been detained at the Agadir port for almost two months, Moroccan news outlet L’economiste reported Monday.

Seafood canners, who use olive oil, have expressed concern about their business as they await the results of ONSSA’s analysis.

For its part, ONSSA declared that customs at Moroccan ports have increased import restrictions to ensure the quality of the different types of imported olive oils.

Any imports that do not conform to the country’s import control standards will be disposed of, ONSSA said.

Recently, ONSSA issued new statistics showing that 67 percent of surveyed Moroccans do not check for a label on olive oil that indicates expiration dates, preservation conditions, sanitary and safety requirements, and the product’s license number, before purchasing.

The ministry has deployed a campaign to combat vendors selling fake olive oil across the country.

Morocco is the 4th biggest olive oil producer in the world, with olive trees covering more than 1.07 million hectares, accounting for 65 percent of the tree species in the country.

Morocco had harvested 2 million tons of olives in 2018, according to Minister of Agriculture Aziz Akhannouch. 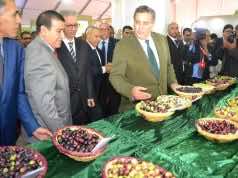