Morocco World News
Home Op-ed The Fall of the ISIS Caliphate, a Victory Without Peace

"Where they have made a desert, they say they have given peace," Tacitus (58-120), Agricola life. 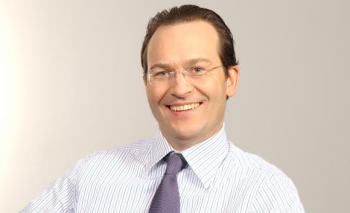 In the aftermath of the Iraqi army’s takeover of Mosul in July 2017, Iraqi and Western leaders recklessly published the end of ISIS.

The fall of ISIS Caliphate, symbolized by the removal of the flag stamped with the seal of the Prophet from the minaret of the mosque where Abu Bakr Al Baghdadi had proclaimed himself caliph just three years before, in August 2014, was indeed a victory it was not the peace.

Announced dead several times, Al Baghdadi in August 2018 mocked Donald Trump bragging, claiming that: “ The defeat or victory of the mujahideen and of the faithful and pious people is not a matter of captured cities or villages … The US has proclaimed their so-called victory by expelling IS from the cities and countryside of Iraq and Syria, but the land of God is vast, and the course of the war is changing. ”

The terrorist organization went underground in Iraq; ISIS henchmen hide in deserts; in many villages they reign on the night assassinating the local chiefs; in the cities ISIS perpetuates attacks.

Bashar al-Assad won the war. Western intervention contributed to his victory. The Syrian leader had perverted a secular and democratic people’s revolt in a civil and religious war that had become an international conflict by the interference of Western, Arab, Turkish and Russian countries.

Confident of Assad overthrow to block the establishment of a Shiite axis – from Iran to Hezbollah Lebanon area – allowing the transport of Iranian oil and gas via the Mediterranean, Gulf oil monarchies competed for fund Islamist militias, Al Qaeda mostly, but also of the Islamic State.

The Syrian army then reconquered ‘useful’ Syria thanks to Russia carpet bombing and field Hezbollah mercenaries driven by the Iranian Al Quds brigade. Bashar al Assad had released in the summer of 2012 jihad leaders in a pay tactic : “me or chaos”; Syrian President focused its attacks not on the jihadists but on the Free Syrian Army, dropping TNT filled barrels on schools and markets and hospitals, carrying out unconventional war, using chemical bombing, laying siege to cities.

The half-million deaths of the war are mostly collateral civilians.

Russia intervened in September 2015 to save its naval facility in Latakia, deriving the political and geostrategic benefit of a defeat of the Islamic State largely partly achieved by Western arms.

End of 2018 there are winners and losers of the Iraqi-Syrian conflict because “war is pursuing politics, by other means” according to Clausewitz formula; some belligerents have achieved their objectives, others not.

The Western countries conceal their disappointment of the resilience of the Syrian leader claiming that Daesh, a threat to their own security, is over but some ISIS terrorist capability remains.

Ten to twenty thousand of its militiamen hide in Syria and Iraq. Turkey, despite its NATO obligations, let the passage of jihadist recruits and ISIS smugglings through its borders until 2016; Turkey is now in a stalemate; Kurdish Rojava at its border is a fact.

Saudi Arabia has been unable to subjugate Qatar, has to concede UN interference to put an end to its infamous war in Yemen. Israel relied too much on Russian assurances to limit Iran’s ambitions in Syria; now it is dangerously weakened by the presence

of Iranian forces and the reinforcement of Syrian anti-aircraft capabilities by Russian missiles.

One-third of Syria is now either occupied by Turkish troops and by the Syrian Democratic Forces, an armed Kurdish-Arab coalition supported by two thousand US advisers and an unrecognized number of French advisers.

The rushed withdrawal of US forces from Iraq by Barack Obama in December 2011 contributed to the Islamist insurgency. Donald Trump hectic diplomacy may relaunch the conflict in Syria, it puts Israel and Iran at odds with Putin as unpleased go between.

It is to be feared that the humanitarian crisis will continue in Syria; Russia and Iran were able to keep in power Bashar al-Assad but cannot afford to finance the reconstruction of a country ruined by seven years of war.