UN diplomats are hoping that Kohler’s work in the UN-led process in the Western Sahara dispute can help bring the conflict to an end.

Rabat – Diplomats who received a briefing on the ongoing Western Sahara talks have expressed confidence that the Horst Kohler-led process could set up unprecedented overtures in the 43-year-old territorial conflict.

Horst Kohler, the UN Secretary-General’s personal envoy spearheading the negotiations, has told his entourage that he expects positive returns from the series of meetings scheduled in the coming weeks and months, Al Jazeera reported yesterday.

On Tuesday, Kohler briefed the UN Security Council on the Western Sahara question, reiterating his commitment to brokering a settlement in the decades-long territorial dispute.

The second Geneva meeting, a follow-up to the first meeting that convened Algeria, Mauritania, Morocco, and the Polisario Front in early December, is scheduled for March.

But Kohler is said to be preparing to hold separate meetings with the four parties before March.

Christoph Heusgen, Germany’s permanent ambassador to the UN, said that the Kohler-led process is different than any other the UN has tried since the dispute broke out 43 years ago.

In terms of the confidence-building measures that Kohler’s team has so far established, there is hope that the conflicting parties will come to an agreement, Heusgen said. “I do see hope. The unity of the Security Council is a very important factor. This is a conflict we can resolve.”

Although his country has openly vowed to use its two-year term as a non permanent member of the UNSC to advance the Polisario Front’s independence claims, Jerry Matjila, South Africa’s ambassador to the UN, also expressed hope in the ongoing process. “It’s very positive that the parties are talking,” Matjila said.

According to Matjila, there has been a perceptible change in recent years in how discussions to broker a lasting peace are held. One aspect of the changes, he noted, “is that the parties now respect one another.”

The South African official was referring to years when the prospect of the four parties sitting at the same table would have been laughed off by most diplomats. Back then, Algeria and Mauritania would strongly deny having any role whatsoever in the dispute, while Morocco and the Polisario Front seemed to irreversibly doubt each other’s motives.

Even though the hostility shows no sign of abating any time soon, there now is hope that conflicting parties will be more pragmatic in their demands and expectations from the UN-led process, according to UN diplomats.

“Heusgen said there was a lot of support in the Security Council for Kohler’s proposal to look at different confidence-building measures at the March meeting, including demining and arranging family reunions,” the Al Jazeera report noted.

For the upbeat mood within Kohler’s team, there remain red lines that will considerably define how the process ends and whether the hope Kohler has so far generated will bear fruit.

Omar Hilale, Morocco’s permanent representative to the UN, said that the country’s 2007 Autonomy Plan is the ultimate concession. He said the plan grants locals “large operative power” under Moroccan sovereignty, and Rabat is not considering making any further concessions.

In spite of the deeply rooted divergences between the parties’ demands and expectations, others are still hopeful that a commonly agreed upon settlement can be incrementally reached once the confidence-building process is completed.

“I think one of the lessons in diplomacy, and on this issue in particular, is each step at a time,” France’s Ambassador to the UN Francois Delattre said. 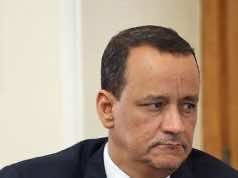