Rabat – India’s foreign minister, Sushma Swaraj, who visited Morocco last weekend, has revealed that she had wanted to cancel the trip, but Prime Minister Narendra Modi persuaded her not to do so, according to the India Times.

Modi told Swaraj that the support of this predominantly Muslim country was essential in the fight against cross-border terrorism.

Swaraj expressed her intention to cancel the visit in the wake of a February 14 car bombing in India’s Kashmir province. Forty Indian police officers died as a result of the attack, the deadliest on India’s state security personnel in the border region of Kashmir since 1989.

“It’s my first visit to Morocco. When I tour I do happily, but I’ve come here with a heavy heart,” Swaraj told the Indian community in Rabat.

“When I said [I wanted to cancel my visit] to [Modi], he said something I would like to share,” she said.

“Morocco always stood with us against terrorism. It’s going to sign an agreement with us on counterterrorism. It’s fighting radicalisation. So, please go there,” Modi replied.

Swaraj arrived in Morocco on February 16 for a two-day official visit as part of her four-day tour including Bulgaria and Spain.

One of the agreements established a working group on security cooperation and information sharing to curb ideology-drived violence.

The foreign minister added that trade between India and Morocco stood at $1.5 billion from January to October 2018.

In 2017, phosphoric acid was Morocco’s top export to India at 68 percent, while Indian exports to Morocco are more diversified.

India’s refined oil, cotton yarn, and filament yarn make up the three top Indian exports to Morocco at 8, 6, and 5 percent, respectively, according to the Observatory of Economic Complexity.

Morocco and India have exchanged 20 ministerial-level visits in the past two years. The two countries have signed 40 agreements on air service, tourism, social programs, mining and geology, and information technology. 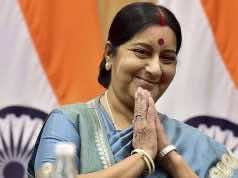 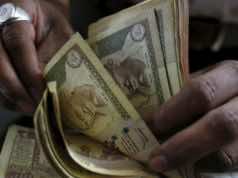