The symposium will address which language should be used for instruction in Morocco’s education system. 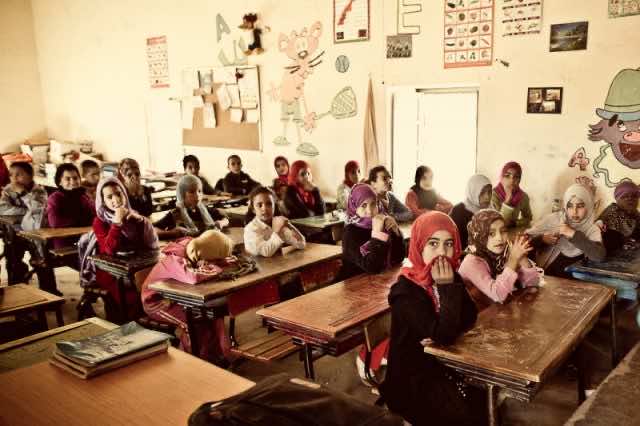 Rabat – The Moroccan Forum for Modernity and Democracy (FMD) in Fez will hold a conference on Friday, March 5, to discuss the languages used in Moroccan schools.

The conference comes at a time when Parliament is set to vote on draft Law 51.17 which will replace standard Arabic with French in high school classes on scientific subjects. While politicians and educators have been hotly debating the merits of Arabic versus French instruction in schools, the role of English, Tamazight (Berber), and Darija (Moroccan Arabic) has also come into play.

The FMD’s symposium in Fez will focus its discussion on: “What Should Be the Language of Instruction in Morocco?”

The symposium will bring together three speakers known for advocating different languages, none of them European. Among them is the outspoken activist and controversial scholar Ahmed Assid who has been a staunch advocate for the institutionalization of Tamazight (Berber).

Noureddine Ayouch, a member of the Standing Committee on Curricula, Programs, Training, and Didactic Tools, will also be a speaker. Ayouch is well-known for advocating the integration of Darija, the unwritten Moroccan dialect of Arabic, as a language of instruction in schools. He is also known for compiling a dictionary of Darija.

The third guest speaker is Fouad Bou Ali, a linguist and the president of the National Coalition for the Arabic Language. With government schools currently teaching most subjects in Arabic, Bou Ali’s position is the least disruptive to the status quo.

‘The colonial lobby is behind the government’s decision’

The government introduced the draft Law 51.17 last month. After months of lengthy discussions, the government has opted for “the principle of language alternation” in the education system, approving of the use of both French and standard Arabic.

On March 25, the Ministry of Education and government officials negotiated a mutual agreement to teach scientific subjects in French, instead of standard Arabic, in secondary and high schools.

The proposal has met opposition, including from former Head of Government Abdelilah Benkirane. Benkirane stated that he would never approve of the decision if he were still in power, claiming that the draft law comes from the French colonial lobby.

The National Coalition for the Arabic Language has also expressed disapproval of the government’s proposal, calling it “a coup on the constitution and the country’s achievements.” The Constitution recognizes Arabic and Tamazight as the two official languages of Morocco.

Morocco used French as a language of instruction in schools from 1912 with the signing of the Treaty of Fez until the 1950s.

Shortly after Morocco gained independence from France in 1956, the government Arabized the education system, although the project came to a standstill in the mid-1960s.

Reducing the amount of French taught at schools has since been a national priority, and replacing it with Arabic has been seen as marker of identity, argued Rabia Redouane, an associate professor at Montclair State University in the US.

The policy aimed to restore the Arab culture Morocco had lost to the French colonial presence through “an education that is Moroccan in its thinking, Arabic in its language and Muslim in its spirit,” as King Hassan II said in a speech in 1958.

Add English to the mix?

Some want to remove French entirely, saying it is a scar left by the colonial presence in Morocco. Supplanting French with Arabic means upholding their values and authentic identity. Others advocate a mixture of Arabic and English. Benkirane, for instance, is in favor of Arabic or even English over French.

He stressed, “If [higher] education in a foreign language is necessary one day, there is a better language for it than French.”

Abdelali Bentahila of Sidi Mohamed Ben Abdellah University in Fez and Moroccan linguist Moha Naji argued those who debate which language to use also contradict themselves, especially supporters of standard Arabic.

Read also: French Vs. English: How Morocco Is Debating Foreign Languages in Schools

The government’s proposal to alternate between Arabic and French aligns with the 2015-2030 Strategic Vision for Education Reform. It will be discussed along with the amendment of the framework Law 51.17 in an extraordinary session of Parliament expected to be held this month.

The government seems to have reached a decision on the linguistic dilemma. However, whether the ministry’s choice to teach technical and scientific subjects in French bears fruit or not is still under discussion.