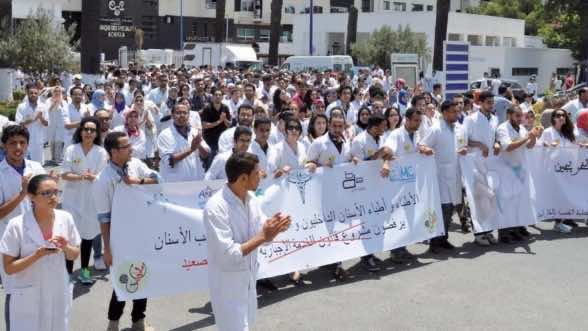 Rabat – Medical students continue to boycott final exams, despite threats from the government that they will have to repeat the year. threat.

In a statement on Saturday, 15 June, the National Committee of Medical Students calls on the government, instead of undertaking a policy of threats and oppression, “to respect national and international treaties on the right of self-expression and to protest.”

The medical students insist on the “autonomy” of their movement and urge the government to participate in a “constructive” discussion.

“The National Commission is an autonomous institution whose decisions are made through democratic debate at the general assembly of students,” said the statement in reply to the government accusations.

There are 18,000 students,from the 1st to the 7th years of study, involved in the strikes which have taken place across Morocco.

The medical students are sticking to their position and are preparing to take to the streets again to claim their rights. “Immediately after the exams deadline on 25 June, we will organize a national march but we have not set the date yet” the coordinator said.

The representative and member of National Commission of Medical Students of Morocco, Hamza Karmane, states that the “movement does not follow conflict’s logic and, in particular, a citizen’s movement aimed only to improve study conditions in the public faculties.”

For Karmane, the origin of the strike was the student’s fear that the conditions of their schooling would “get worse” over the years. “In this situation, no one is a winner or loser. If students win their requests, the whole country wins. However, if they lose this boycott, Morocco loses as well”, he says. 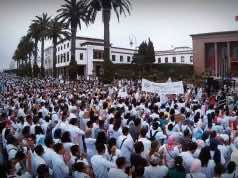 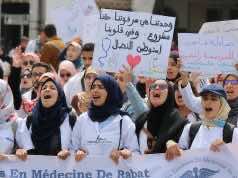