The annual Ifrane festival will be back from July 20 to July 27, bringing a wide variety of cultural, musical, and sporting events to the small town of Ifrane.

Rabat – Ifrane is a small mountain town in the Middle Atlas mountains of Morocco, 70km south of Fez. It is known for its alpine-style architecture, ski fields and cedar forests.

For the fourth year running, it will host the International Ifrane Festival which promotes the touristic, economic, and natural potential of the region.

The Ifrane Forum Association for Culture and Development (AFICED) has announced the 2019 line-up of the festival.

The opening ceremony on June 20 will include a performance by an Ahidous symphony. Ahidous is a traditional Amazigh (berber) music and dance from central Morocco and the Middle Atlas. The symphony will bring together 220 artists from 22 different Ahidous groups into a combined performance to kick off the festival.

Over the week long festivities, Moroccan and international music artists will perform for free at two stages set up in the town. The famous Gnaoua musician Maalem Hamid Elkasri, who was the headline act at the Essaouira Gnaoua Festival this year, will play on July 21st.

Moroccan pop star Hatim Ammor, and a number of international singers including Hamza Namira from Egypt, Majid Almohandis from Iraq, and the French artists Kendji Girac will also perform during the festival. 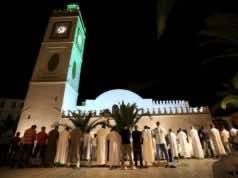 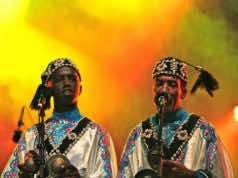