According to El Khalil’s family, the leader of the Polisario Front refused to engage in a dialogue to disclose the fate of their relatives after several unfulfilled promises. 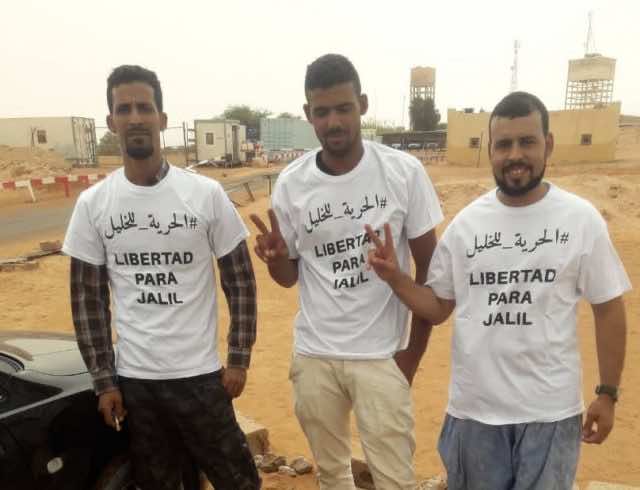 Rabat – The family of  Ahmed El Khalil, a former Polisario member who has been missing for a decade, announced their decision to stage a sit-in near the high commission of refugees in Rabouni near Tindouf, Algeria.

The sit-in aims to condemn the forced disappearance of El Khalil and to put pressure on Polisario, as well as Algeria, to reveal his fate.

Algerian intelligence services along with Polisario members kidnapped El Khalil in 2009, two months after the Polisario had appointed him to monitor human rights in Tindouf camps.

The family of the kidnapped activist said they held a meeting on July 12 with Polisario “officials,” including the leader of the front, Ibrahim Ghali.

In a statement, the family said that Ghali, who has promised to reveal the fate of their relative, refused to engage in a dialogue.

“There are no updates regarding the case of El Khalil,” the family said.

In February, Ghali vowed to finally share information with Ghali’s family regarding his disappearance.

The promise came amid increasing pressure on the Algerian government and the Polisario Front from El Khali’s family and supporters.

This is not the first time that the El Khali family and other human rights activists have called for El Khali’s release.

In February, Sahrawis took to the desert in Rabouni, where the Secretariat of the Polisario Front is located, to condemn his forced disappearance.

Sahrawis have also launched an online campaign to draw attention to the kidnapping of the former Polisario member.

Friends and relatives of the kidnapped member also threatened to organize demonstrations in European capitals if their demands are not met.

The Polisario Front has long been linked to kidnapping accusations. Spanish news outlet El Confidencial reported in 2018 that Polisario members were involved in the kidnapping of Spanish citizens working in the Phosboucraa site, Laayoune, in 1974.

The Polisario is also facing pressure following a series of arrests in a crackdown on human rights activists who have been protesting the violations in the Tindouf camps.