One of the main objectives of the organization is the promotion of research and innovation in Islamic countries.

Rabat – The Islamic World Organization for Education, Science, and Culture (ICESCO) is set to begin a comprehensive study on the future of the Islamic world, announced the organization’s General Director, Salim al-Malik.

The study should be ready by the end of the year, revealed al-Malik, inviting researchers from all over the world to participate in the project.

The organization’s head also announced the launch of the “ICESCO Foresight” program. The program will conduct strategic foresight studies, organize training courses, and provide scholarships for young people in the field of futures studies, in cooperation with international futurology centers.

Al-Malik made the two announcements during the closing session of ICESCO’s Future Forum, held on February 17-18 at the ICESCO’s headquarters in Rabat.

The two-day event was organized in cooperation with the German Konrad Adenauer Foundation and brought together more than 30 experts in the fields of strategic foresight and artificial intelligence.

In his speech, al-Malik said that the history of the organization is changing, and the success of the forum charts realistic paths for ICESCO in the future.

The organization aims to become a reference for countries in the Islamic world in terms of scientific research, especially in new fields of studies such as artificial intelligence, he added.

At the end of his speech, the head of ICESCO thanked the Konrad Adenauer Foundation and its representative in Morocco, Steffen Kruger, for supporting the idea of the forum and cooperation in its implementation.

The ICESCO is planning to organize the Future Forum annually, along with other forums to discuss research fields that are developing quickly, said al-Malik, recalling the upcoming Jobs of Tomorrow Forum, planned for June 2020.

On February 13, al-Malik met with Morocco’s Minister of Foreign Affairs Nasser Bourita to discuss the organization of cultural, educational, and scientific activities in Morocco.

Rabat is set to host the 2021 ICESCO’s executive council, ahead of the 14th ICESCO conference set to take place in Malaysia. 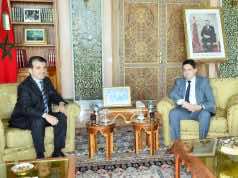 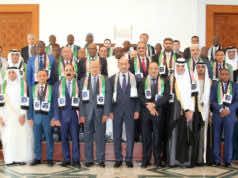