Football supporters in Morocco are informing citizens about the coronavirus pandemic on social media and in the streets.

Marrakech – Moroccan football ultras are working to raise awareness about the novel coronavirus (COVID-19) and actively encouraging people to abide by preventive measures and to respect instructions from authorities.

Ultras, fanatic football supporters who are also known to take on social causes, have joined in national efforts to combat the coronavirus crisis. 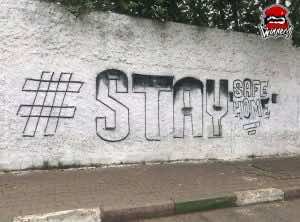 Hassania Agadir Club supporters, known as Ultras Imazighen, called on Moroccans to collaborate in crisis efforts. Ultras Imazighen produced a video entitled “We are all against Corona” and disseminated posters in major spots around Agadir. 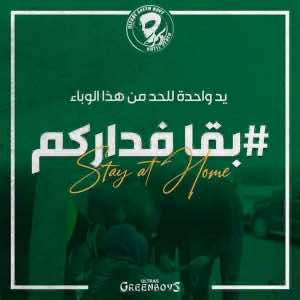 Followers of the ultras on social media reacted positively to the initiatives. The posts reached thousands of likes and hundreds of shares on Facebook.

Football ultras are popular in Morocco and abroad. They have a strong influence on youth and adolescents in the country.

Ultras in Morocco are more than just allies of football fans. In recent years they have become a social movement expressing the demands of youth, calling for social justice and democracy.