The novel coronavirus pandemic has been difficult for both locals and migrants.

Rabat – The COVID-19 crisis’ impact across the globe is increasing, affecting billions of vulnerable people in addition to causing mass fatalities.

News reports, op-eds, and editorials about the novel coronavirus have been increasing in prevalence during the last four months, especially after the World Health Organization (WHO) announced COVID-19 as a worldwide pandemic.

The Moroccan government has undertaken enormous efforts in response to the pandemic, working towards its crucial goal to assist all communities in the country.

The government instructed authorities across Moroccan cities to make sure that all communities have enough information on the situation’s severity.

NGOs, local authorities, and civil society continue efforts to express support for migrants, including sub-Saharans who face immense pressure due to suspended work activities and Morocco’s state of emergency movement restrictions, in addition to the inherent pressure that comes with migration.

The country’s local authorities deployed their security patrols to reassure migrant communities that “we are here” for them.

The reaction from migrants has been positive, but the community is still facing challenges, perhaps more than locals.

Morocco World News reached out to sub-Saharan migrants about their challenges during the COVID-19 crisis.

Most of the migrants that spoke with MWN have children in Morocco and have lived in the North African country long enough to call it their second home.

OgheneOtega is a Nigerian national based in Casablanca with five children.

“I have lived half of my life in Morocco. My first child is 14 years old, and I came to Morocco in 2004,” OgheneOtega said.

The 39-year-old explained that he never saw Morocco as a transit country, but as his second home. Despite his affection for the country, OgheneOtega lamented his situation, as he was suspended from work due to COVID-19.

The migrant explained that life under such circumstances is difficult: “Imagine a family of seven people” without aid, he said.

OgheneOtega explained that his “Moroccan father” and a church in Casablanca have been sending some foodstuffs to assist his family during the crisis.

“My Moroccan father is a great father. The world would be much better if everyone is like him.”

He said that while he saw some support, migrants are hoping to benefit from more help, including stipends.

King Mohammed VI instructed the government to create a special fund on March 15, to assist the country in mitigating the crisis.

Read Also: Video: Moroccan Official Assures Sub-Saharans ‘We Are Here for You’

Through the fund, formal and informal workers alike with suspended activities receive monthly stipends to withstand the pandemic’s consequences.

OgheneOtega called on Moroccan authorities to extend this help to migrants at this difficult time.

“Our children should be able to benefit [from aid] as their birth place is Morocco. So many migrants are going through a tough time due to the COVID-19 pandemic. Payment of house rent is another big problem too,” the Nigerian-born resident said.

“The King has done a great [job] to [help] Africans and we are promoting his great visions by telling others comrades that he is the number one leader in Africa,” OgheneOtega said.

‘I decided to stay.’

Another migrant from Nigeria, Festus Ekhoragbon Onsude, told MWN that he arrived in Morocco in 2006 through Oujda, originally seeing Morocco as a transit country.

“My purpose was to cross from here to Europe (…) I tried to enter Europe twice through the Mediterranean,” said Festus, who said he is better known as Mussa.

A father of three, Mussa said Moroccan marines caught him twice and brought him back to Morocco. He decided to stay in the North African country after exhausting his funds in his attempts to cross to Europe irregularly.

The 42-year-old said he then started looking for ways to earn money to feed himself.

Begging was his first option. “I did that in Casablanca for two years before I met my wife in 2008.”

Mussa, who speaks the Moroccan dialect fluently, explained that he and his wife had their first child in 2010.

The couple started buying goods from supermarkets and started a small informal business, reselling items in the street.

“A year later we rent [sic.] our own shop and that was the beginning of our good life in Morocco,” he said.

Mussa expressed satisfaction with Morocco’s migration policy, thanking King Mohammed VI for his commitment to Africa and its people.

“The King has been so good to us. In 2015 we were allowed to have our residential car. Since then our lives have changed for good.”

“Thanks to King Mohammed VI for all what has been doing for us and for the immigrants in Morocco and also thanks to the Moroccan people for the love and hospitality they have shown to us,” Mussa continued, emphasizing that he never experienced any discrimination in the country.

Mussa explained that migrants are facing exceptional challenges during the pandemic.

He said that his family’s shop has been closed for more than a month now. “We have children, they have to eat,” and house and shop rent payments are still required, Mussa said.

“We don’t know what to do, we need help, please,” Mussa implored.

A call for more regularization operations

Laurent from Cote d’Ivoire also asked for support from the Moroccan government. The 34-year-old Ivorian who is based in Rabat said he would like to see more regularization operations in Morocco in favor of sub-Saharan migrants.

Laurent, who arrived in Morocco in January of this year, said increasing the operations to regularize migrants’ statuses would enable more people to find work.

“Without a residence permit there is really nothing we can do,” he told MWN.

In 2018, Minister of Interior Abdelouafi Laftit said that since 2014, Morocco managed to regularize the status of 50,000 migrants in four years.

The government has vowed to continue to aid migrants wishing to regularize their status. 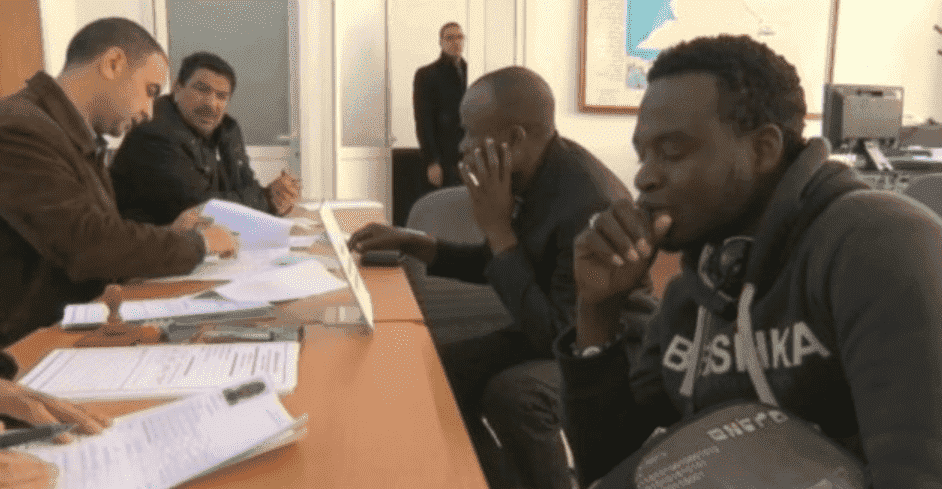 The Antiracist Group for the Support and Defense of Foreigners and Migrants (GADEM) expressed concerns regarding the situation of migrants in Morocco amid the pandemic.

The NGO acknowledged in a March 21 press release that Morocco has been “very reactive” in taking serious measures to contain the spread of the virus.

The Moroccan government has expressed support for its migrant communities, emphasizing that both refugees and migrants residing in Morocco are included in the national monitoring and response plan against the pandemic.

The government called on refugees or migrants wishing to learn more about COVID-19 to contact the hotline that the country made available.

Organizations working in the migration field estimate the number of sub-Saharan migrants in Morocco at 70,000.

King Mohammed VI has been expressing hope that the world will focus more on the “positive aspects  of migration, encouraging regular migration, protecting the rights of migrants and promoting investment new to development.”

Morocco launched a new migratory policy in September 2013 under the King’s instructions. The move enabled officials to open the Moroccan Office for Asylum and Stateless Persons, and circulars published in October 2013 and January 2014 outlined measures allowing migrant children to access education.

The country also launched campaigns to help undocumented migrants regularize their status to benefit from public healthcare and education services.