E-grocery and edtech startups have seen an increase in revenue as MENA populations wait out the pandemic under lockdown.

Rabat – According to a recent report by Arabnet and Wamda, 71% of startups in the MENA region are struggling amid the COVID-19 pandemic.

The report, released May 18, analyzes the economic impacts of the global novel coronavirus pandemic on startups and small businesses in the MENA region. Researchers surveyed startups across the Middle East and North Africa, including in Morocco, Saudi Arabia, Kuwait, Lebanon, Jordan, and Egypt.

Wamda and Arabnet found 22% of startups have suspended all commercial activity amid the pandemic, while 21% are suffering from “significant losses” due to a drop in demand.

The most affected sectors include travel startups. In the mobility sector, 25% of companies have shut down since the outbreak of the pandemic in the MENA region.

A further 50% of “mobility startups” have suspended operations, while 33% say they have seen a crash in revenue of between 76% and 100%.

Nearly 50% of the startups in the survey say they have lost funding amid the pandemic, and 23% are struggling to bank payments from clients. Travel restrictions are negatively impacting nearly 30% of the companies surveyed, while 36% say their supply chain has broken down.

The research report also outlines how startups have responded to the challenges of the global crisis.

More than half of MENA startups (58.8%) have turned to working from home to reduce overheads, and a quarter of businesses have cut prices or launched offers to mitigate the financial impacts of the pandemic.

The survey also shows that 20.8% of companies are trying new business models, while 19.6% have developed new marketing campaigns.

In terms of employment, 16.7% of businesses have been forced to cut staff working hours or enforce unpaid leave. A further 15% of startups in the region have trimmed down their work forces by making redundancies.

While the majority of startups are struggling with the financial impacts of the crisis, a number of sectors are blossoming amid the crisis.

Edtech startups and e-grocery companies have both seen positive impacts since the outbreak of the pandemic in the MENA region.

With children unable to attend school and more and more companies operating remotely, 47% of edtech companies have seen positive impacts on their revenues. E-grocery companies are benefiting too, with 16% saying they have increased sales.

The Organization for Economic Cooperation and Development (OECD) released a report on May 6, outlining the impacts of the COVID-19 crisis in Morocco.

While some companies such as telecommunications enterprises, agriculture and chemical processing, and extraction remain largely unaffected, the Moroccan government has set up a number of initiatives to support struggling startups and businesses.

The OECD report explains that “authorities announced they would double the currency trading band.”

“On 29 March, the Central Bank of Morocco announced a series of monetary measures to support access to credit for businesses and households by enhancing banks’ refinancing capacity with the Central Bank,” the report outlines.

“Other measures have been taken to reinforce the specific refinancing programme for the benefit of very small enterprises and SMEs by integrating, in addition to investment credits, operating credits and increasing the frequency of their refinancing,” the report says.

Morocco’s lockdown is expected to continue until at least June 10, and it will be even longer before the country will start to receive tourists from abroad. And, though the government is taking significant steps to support SMEs and startups, there is still a long way to go for Morocco’s entrepreneurs and business owners. 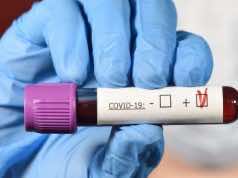