Some of the new ambassadors have never held diplomatic roles before and come from various backgrounds. 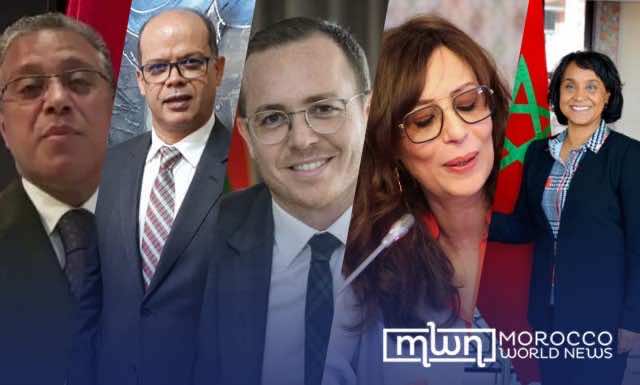 Rabat – King Mohammed VI’s appointment of 19 new ambassadors is part of the effective implementation of the principles of alternation, rejuvenation, and promotion of women’s presence in diplomacy, said a press release from the Moroccan Ministry of Foreign Affairs.

The King appointed the ambassadors, as well as a new secretary general at the Ministry of Foreign Affairs on Monday, July 6, during a ministerial council he chaired.

According to the Ministry of Foreign Affairs, the new appointments are all based on merit and would reinvigorate Morocco’s diplomatic representations across the world.

One-fifth of the appointed ambassadors come from the economic and business world, and are expected to help strengthen Morocco’s bilateral economic ties, the ministry said.

The new secretary general at the Ministry of Foreign Affairs, Mounia Boucetta, is one of the diplomats who have an economic background. She is also the first woman to occupy this position.

Boucetta had a distinguished career in the world of business, notably as CEO of touristic investment company MADAEF, between 2014 and 2017, and as secretary general at the Ministry of Trade, Industry, and New Technologies.

The appointment of Nabila Freidji, Morocco’s new ambassador to Norway, also reinforces women’s presence in Morocco’s diplomatic sphere. Freidji had a successful career as a businesswoman and was highly active in NGOs, most notably in her position as president of the African Women Leaders Network.

Other ambassadors that hold experience in the economic field are 37-year-old Hakim Hajjoui, Morocco’s new ambassador the the UK who worked as a senior executive at OCP, and Hicham Elaloui, the new Moroccan ambassador to Cuba who was the director of strategic studies at the Tangier-Med Port between 2014 and 2019.

The remaining appointments include ambassadors who were transferred to different countries, senior executives from the ministry, and consuls promoted to the rank of ambassador. 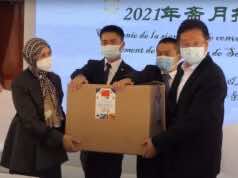 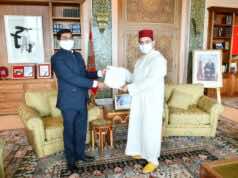