The Canadian-American film star said he “was fed a huge amount of lies about Israel” while growing up.

Canadian-American film star and comedian Seth Rogen has sparked debate after speaking out about Israel. Speaking to fellow comedian Marc Maron, who is also Jewish, for a podcast, Rogen said that he was ignorant about Israel as a young Jewish-American.

Addressing the tension between some Jewish Americans and the state of Israel, Rogen told Maron: “[As] a Jewish person I was fed a huge amount of lies about Israel my entire life.”

“They never tell you that, ‘Oh, by the way, there were people there’. They make it seem like it was just like sitting there, like the f**king door’s open,” he continued. Rogen then commented that they would not like to live in Israel.  “I’m the same way, and we’re gonna p**s off a bunch of Jews,” replied Maron.

Rogen and Maron, through humor, shone the spotlight on the deep divide between Zionist attitudes and the more liberal perspectives on Israel among Jewish Americans.

Rogen said that, to him, Zionism does not make sense: “You don’t keep something you’re trying to preserve all in one place.”

The two Jewish comedians also addressed the issue of anti-semitism in the WTF podcast, emphasizing that it remains a serious issue in the US and across the globe.

“I remember my dad frankly telling me, ‘People hate Jews. Just be aware of that. They just do.’ And it’s honestly something that I am so glad was instilled in me from a young age. Because if it wasn’t, I would constantly be shocked at how much motherf**kers hate Jews,” Rogen told Maron’s listeners.

Rogen, whose parents met on a Kibutz in Israel, attended Jewish camp as a child and was brought up to honor his faith and heritage. Both he and host Maron were clear that their Jewish heritage is an important part of their identities but that the question of Israel is more complex.

The episode of Maron’s WTF podcast has sparked widespread debate, with some journalists and observers slamming the film star.

Jerusalem Post editor senior editor Lahav Harkov hit back at Rogen on Twitter, saying the comments he made on the podcast were “made from a position of really, really great privilege – and ignorance – if he can’t understand why Israel makes sense to millions of Jews around the world.”

David Harsanyi at the National Review accused Rogen of showing a “facile understanding” of Jewish history, saying he has a “self-destructive attitude” to his heritage.

However, the comedian and actor has received praise from a number of journalists and swathes of social media users who thanked Rogen for bringing the debate to the forefront and not being afraid of opening the discussion.

Rogen appeared on Maron’s podcast to talk about his upcoming movie The American Pickle. The actor will star in the fantasy-comedy as a Jewish immigrant in the 1920s who ends up in modern day New York after falling into a vat of pickles and being preserved. 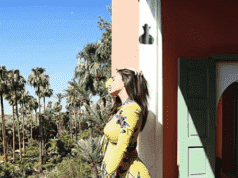 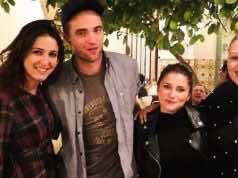