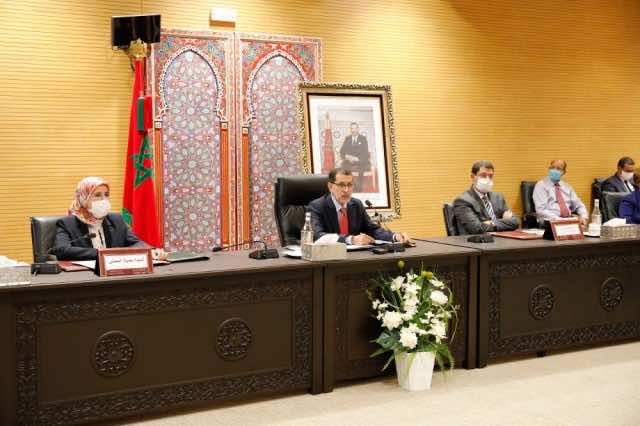 Morocco’s Head of Government Saad Eddine El Othmani stressed on Thursday the importance of raising awareness about the impact of COVID-19 on the old people.

“Although all age groups are exposed to COVID-19 infection, the elderly face the highest risk. We need to further raise awareness around their health needs,” El Othmani said.

The head of government made the statement during a meeting in Rabat on October 1 in observance of the International Day for Older Persons.

The meeting inaugurated Morocco’s sixth annual campaign to raise awareness on the situation of old people.

This year’s awareness campaign is launched under the theme: “A safe environment for the elderly: Our common responsibility.”

During the event, El Othmani highlighted the importance of promoting a culture of solidarity among rising generations so they can protect and assist older people.

He also spoke about the exceptional context this year, marked by the spread of COVID-19. El Othmani recalled that the virus has caused enormous repercussions on physical and mental health of people across the world, especially the elderly.

After a short introduction, El Othmani presented Morocco’s demographic evolution, which is currently in a transitional phase.

The country is currently witnessing a decline in the proportion of children aged under 15 and an increase in the number of people aged over 60. The elderly currently represent 11.3% of the total population, or about 4 million inhabitants.

In light of the demographic transition and in order to meet the needs and expectations of old people, Morocco has put in place a basic framework, El Othmani said.

He noted that the Moroccan government integrated into its 2016-2021 agenda several measures relating to the establishment of a national policy for protecting the elderly.

The senior official also mentioned the creation of the National Observatory for Old People (ONPA) and the establishment of special health programs for the elderly.

“Social protection is a fundamental human right which every citizen should have, especially those living in difficult circumstances, in order to preserve their dignity and maintain social cohesion,” he said.

The head of government stressed that future reforms in social security systems must take into account the challenges facing every population segment, including old people.

The awareness campaign is simultaneously launched with the “Aman” (Safety) program for improving the quality of elderly-oriented services provided in social protection establishments across Morocco.

Through the program, the Ministry of Solidarity will monitor the services provided in the centers, especially those provided to old people. The ministry will also keep an eye on unauthorized social protection centers and think of solutions to integrate them into the ministry’s monitored network of establishments.

During the meeting, Minister El Moussali also announced that her department completed the preparation of an integrated public policy for improving the situation of old people in Morocco. The Government Council will soon evaluate the proposal.

By the end of the meeting, the Ministry of Solidarity signed partnership agreements with nine NGOs working in the field of social protection for the elderly.