The project aims to support Morocco’s vision to boost the renewable energy sector while simultaneously mitigating the effects of climate change.

Rabat – The Bouregreg and Chaouia Hydraulic Basin Agency (ABHBC) has presented its plans to mitigate the effects of climate change and improve its energy efficiency in line with Morocco’s climate change and renewable energy vision.

The agency has proposed a plan that seeks to boost the protection of the environment by implementing measures to improve energy efficiency. The plan aims to ensure higher efficiency in energy generation by supplying dams with renewable energy sources as an alternative to fossil-fuel-powered energy production.

Generating energy through dams is more energy efficient compared to energy produced through fossil fuels. Hydropower plants at dams convert 90% of the energy of falling water into electrical energy while fossil-fuels generally see 50% of the generated energy wasted.

Additionally, ABHBC is now working on large-scale flood protection projects in the province of Khenifra, near Casablanca. The Natural Disaster Reduction Fund (FLCN) is funding the project which is set to be completed in 2022.

The agency has announced that these projects aim to help protect over 20,000 inhabitants and existing infrastructure. Furthermore, the project aims to address problems of urban development in flood-prone areas.

The Bouregreg and Chaouia Hydraulic Basin Agency is in charge of the development and management of local dams. The agency  oversees an area of 20,470 square kilometers, which makes up nearly 3% of the country and is composed of the Bouregreg Basin (10,597 km²), the basin of the coastal wadis (5,087 km²) and the Chaouia Plain (4,594 km²).

Morocco has invested over MAD 52 billion ($5.65 billion) in the field of renewable energy over the last decade. The investments show the country’s steadfast efforts to produce renewable energy and ensure energy efficiency.

A report by Morocco’s Economic, Social, and Environmental Council (CESE) indicates that Morocco is in a position to produce 96% of its electricity using renewable energy by 2050. 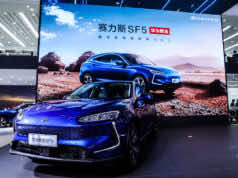