New York - Moroccans woke up on Wednesday morning to the news that U.S. President Barack Obama has appointed Susan Rice as national security adviser to replace Tom Donilon, who had resigned from his post. This could be considered as a set back for Morocco. Moreover, what could be perceived as yet another setback is the appointment of Samantha Power as the US Ambassador to the United Nations. 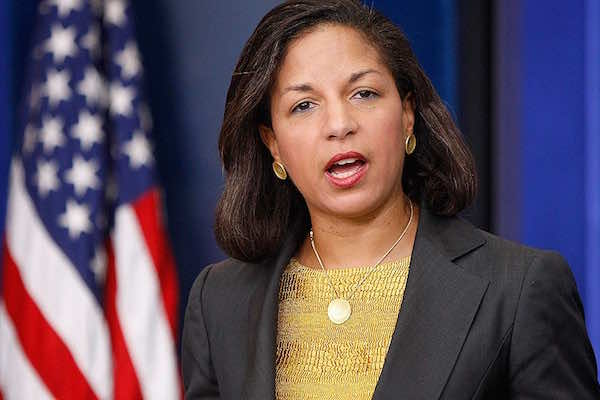 New York – Moroccans woke up on Wednesday morning to the news that U.S. President Barack Obama has appointed Susan Rice as national security adviser to replace Tom Donilon, who had resigned from his post. This could be considered as a set back for Morocco. Moreover, what could be perceived as yet another setback is the appointment of Samantha Power as the US Ambassador to the United Nations.

Any observer of American foreign policy and the professional background of these two officials knows how much importance they attach to the issue of human rights. Everyone remembers the role played last April by Susan Rice in presenting, to the UN Security Council, a draft resolution proposing, for the first time, the inclusion of a human rights monitoring system in the mandate of the UN mission in the Sahara, known by its French acronym MINURSO.

The United States would not have taken such an unprecedented step without the presence of officials who turn the issue of human rights into one of the pillars of American foreign policy. What makes observers consider that this appointment does not serve the interests of Morocco is the pivotal role played by the national security adviser in shaping American foreign policy and determining its priorities.

From now on, Morocco will have to deal with a U.S. administration believed to be sympathetic to some extent with Polisario and close to one of the Polisario’s prominent supporters, namely Kerry Kennedy, the president of the RFK organization for human rights. Whether it is John Kerry, U.S. Secretary of State, Susan Rice, Samantha Power, they are all known for attaching a great importance to the issue of human rights. In this regard, there is no doubt that they will be sensitive to the question of human rights in the Sahara and the efforts made by the Polisario to weaken Morocco’s position in this regard and push for a solution that might go against its strategic interests.

In this sense, I think that the coming months may give us an idea on the way in which the US Administration will deal with the Sahara issue. However, past experience with Susan Rice and John Kerry might suggest that tough days are awaiting Morocco and that one has to be prepared to every scenario and exert every possible effort to prevent things from going out of hand.

In this regard, it should be noted that in 2001, John Kerry was among a number of US senators who wrote a letter to the then Secretary of State, Colin Powell, and called for the application of the concept of self-determination of the Saharawi people and the holding of a referendum.

We must not think that what has been achieved in the month of April, when the American proposal was defeated, was a victory. It was rather an opportunity afforded to Morocco to remedy what can be remedied and show a sincere intention to respect human rights in the Sahara.

The US attempts to alter the mandate of the MINURSO should be considered as wakeup call that time has come to adopt a more pro-active strategy that is more likely to help shift the debate on the Sahara from the issue of human rights to finding a realistic approach to put an end to the conflict.

Moroccan officials should be aware that this appointment will further embolden the Polisario and push it to intensify its attempts to push Moroccan authorities to make mistakes in dealing with the separatists inside both in the Sahara and other regions of the country, thus, weaken Morocco through the use of human rights.

The best strategy that ought to be adopted more than ever is to avoid falling into the same mistakes that occurred in the past or falling into any trap that would weaken Morocco’s position and put it on the defensive.  Any success of the Moroccan diplomatic efforts to sensitize people about the urgency of putting an end to the Sahara conflict on the basis of the Autonomy plan presented by Morocco to the Security Council in April 2007, depends largely on the success of the Moroccan authorities in dealing intelligently with all the provocations that may be exposed to at the hands of the Polisario and their supporters in the Sahara.

On the other hand, Morocco must embark on a process for self-criticism, review the shortcomings and deficiencies of its foreign policy as regards the issue of the Sahara, and work towards improving what needs to be improved. The decision of the U.S. administration to submit a draft resolution against the interests of Morocco, is a proof that many aspects of Moroccan foreign policy must be re-considered with regard to the approach adopted by Moroccan officials to defend the Sahara issue at the international level.

The appointment of Susan Rice, as Obama’s national security adviser, and Samantha Power as US ambassador to the United Nations indicates that  the U.S. administration will make the issue of human rights one of the pillars of its foreign policy.

Based on the foregoing, Morocco must develop a comprehensive strategy that would help avoid anything that might weaken its position on the Sahara conflict and promote the efforts it made over the years in order to find a solution to this conflict on the basis of on the autonomy plan.

Perhaps the first steps that must be taken is to improve the way we communicate with American decision-makers and American public opinion, and use all available media in order to better educate them about Western Sahara conflict and demystify the propaganda orchestrated by the Polisario and its backers. Morocco should also reconsider the effectiveness of the work that has been carried out by the lobbyist groups working on its behalf in order to defend its interests among American decision-makers.

Morocco should draw lessons from the step taken by the U.S. administration and adopt a more aggressive and proactive approach likely to spare it falling in the same predicament as last April. Furthermore, there is also a need that the country’s decision-makers approach more the lobbyist groups close to the Democratic Party instead of relying mainly on those loyal to the Republican Party

Additionally, Morocco should also diversify its relations with other members of the Security Council, such as Russia and China. Despite the reassuring statements made by US diplomats about their constant and ambiguous support to Morocco’s position on the conflict, there is not much we can expect from the current American administration. All can Morocco achieve from the Obama administration is that it keeps its positive neutrality and refrains from adopting any position hostile to its interests. Hence the need that Morocco strengthens its relations with China and Russia.

The tough days that might await Morocco make it imperative to intensify efforts and exploit all the energies and possibilities in order to avoid any major shift in the issue of the Sahara in the month of April next year and in the coming years, including through the use of qualified Moroccans living in America. They can help Morocco to strengthen its position and sensitize Americans decision-makers about the importance of finding a solution to the Sahara issue based on the autonomy plan.