Rabat - The General Directorate for National Security (DGSN) has announced that two police officers were placed in police custody on Wednesday morning following its investigation into Hamza Darham, a young Moroccan man whose video of himself driving drunk has been widely shared on social media. 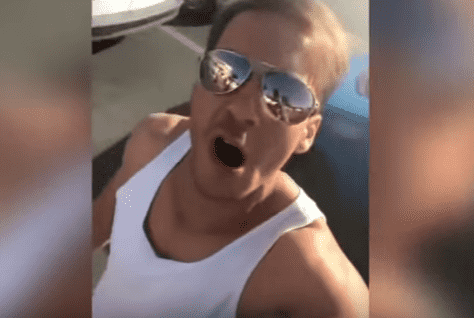 Rabat – The General Directorate for National Security (DGSN) has announced that two police officers were placed in police custody on Wednesday morning following its investigation into Hamza Darham, a young Moroccan man whose video of himself driving drunk has been widely shared on social media.

“It was decided on Wednesday morning to place two police officers in custody as part of the investigation conducted by the Prefectural police department of Rabat following an accident involving injuries,” the DGSN stated in a communique.

The DGSN continued that the investigation will include all parties that were involved in this incident. Security elements have also started procedures for their inspection of the incident.

The Spoiled Brat at Police Station

The police have reportedly summoned Hamza Darham for investigation after he collided with three cars that had been parked at a traffic light in the city of Rabat on Monday. He caused damage to the cars as well as injuries to an individual, who has been referred to hospital.

An arrest warrant will be issued against the driver to prevent him from leaving the country in case he does not show for police interrogation.

A son of one of Morocco’s richest families, Darham appeared in the video singing and joking despite the damage caused.

His reckless behavior was rebuked by Moroccan social media users, who called for a fair application of the law to all citizens regardless of their wealth or social status. 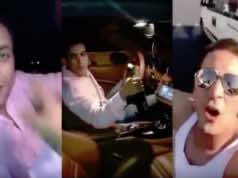 Drunken Ferrari Driver and 4 Others Placed Under Custody

All about the “Ferrari Kid” of Rabat