If Morocco wants to stop violence against women it must target youth, launch social action campaigns, and increase legal protection.

The preliminary results of the 2019 national survey by the Moroccan High Commission for Planning show that the rates of violence against women in Morocco stand at 54.4% nationwide. Violence against women in urban areas is 55.8%, while the rate of domestic violence in rural areas was slightly lower at 51.6%. The ministry conducted its nationwide survey between January 2 and March 10 of 2019.

Despite alarming rates of domestic violence in both private and public places, the Minister of Family, Solidarity, Equality, and Social Development, Bassima Hakkaoui, stated that the percentage of victims of abuse or violence who filed a complaint against abusers is only 6.6%. This low value can be attributed to a lack of trust in police and the social shame tied to victims who report abuse. 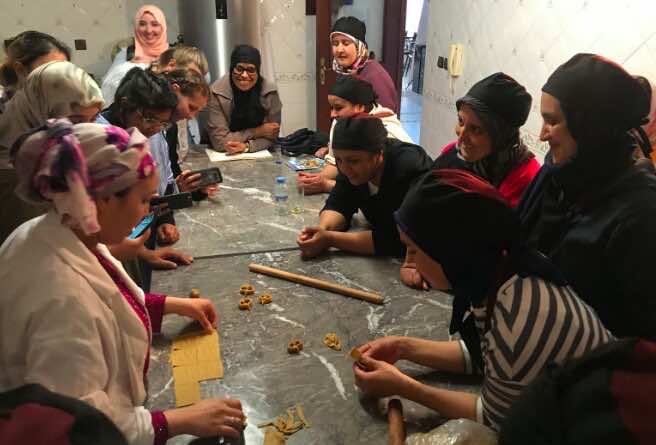 A Source of Hope in Sale

Morocco World News visited the Wiam Association in Sale, Rabat’s neighboring city. The group dedicates its services to help women who are victims of abuse. Founded by Zahra Kounka in 2004, the association seeks to provide victims of abuse with resources and guidance in the face of trauma. A team of seven unpaid volunteers serve between 30 and 50 women in their offices every month.

“We are very proud of our work because we are able to welcome women who have experienced abuse and provide them with resources,” said founder Zahra Kounka.

The team of volunteers at the Wiam Association consists of a psychologist, legal aid, mediator, and several teachers. The association receives some funding from the Ministry of the Interior. Several generous donors, including the Danish embassy, also provide financial assistance.

While women’s associations do receive some funding from donors and government programs, the funds are insufficient in terms of the numerous and growing problems surrounding violence against women in Morocco. There are no women’s shelters in Sale, and this is sadly representative of the rest of the country. Instead, women often go to associations or hospitals for help and then are forced to return to their abusers.

Saida Kouzzi, the co-founder of the Moroccan women’s rights organization Mobilizing for Rights Associates, told Human Rights Watch, “Access to safe and stable housing is a serious problem for abused women and their children, who are often forced to flee their work and school, become homeless, or return to a violent situation.”

Unable to provide shelter given its meager financial means, Wiam Association instead aspires to teach women how to work and ultimately achieve independence. In their office, along with a counseling room, workshop space, and several offices, there is also a large kitchen. Women can learn how to cook or make sweets in order to learn skills which will help them gain financial freedom.

A week before Ramadan, the association’s kitchen was filled with women learning how to make chebakia, a traditional Moroccan sweet eaten during Ramadan. The session not only empowered the women to go home and provide for their families and themselves, but also gave them a chance to bond with and get to know other women who share their experiences.

In addition to in-office services, the volunteers at Wiam also travel to other cities to educate women on their rights and help survivors make their own decisions. The association has several campaigns to register children without birth certificates, as well as an initiative at local schools to teach students the importance of respecting women.

“Educational facilities like high schools and colleges need to teach students about violence against women. If we start changing minds at a young age, then the situation will improve,” said Kounka.

According to the founder of Wiam, Zahra Kounka, although the law passed in September in theory increased protections, what Morocco truly needs is societal change. Victims of abuse in Morocco face legal, physical, mental, sexual, and financial abuse, yet are rarely protected when they seek help from police. “We need to make a much larger effort to stop violence against women. Even though there is a law in place, there is a lack of consciousness in Moroccan society regarding the topic,” said Kounka.

The law requires survivors to file for criminal prosecution to obtain protection, which few can do. Many abusers bribe judges or shame the victims into dropping the case. The law also fails to outline the responsibilities of police, prosecutors, and judges in domestic violence cases, or to fund women’s shelters. 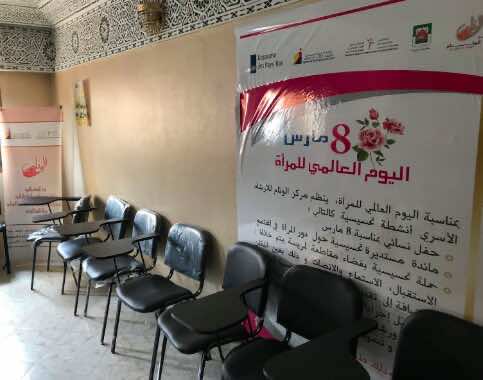 When asked if a victim of abuse could reach out to police for help, Kounka sadly stated that if a woman tried to contact the police while facing abuse, she would have to call many times, and would likely get no response or protection. Within their communities, women face shame and judgment if they seek legal protection from their husbands, thus rarely ever end up going to court.

For now, victims of abuse in Morocco have very little resources to escape violent relationships and protect themselves and their children. The few organizations led by Moroccan women, despite backlash and a lack of funding, do their utmost to protect domestic violence survivors. However, according to Kounka, if Morocco wants to stop violence against women it must start with the youth and through social campaigns work towards radical change in the laws protecting Moroccan women. 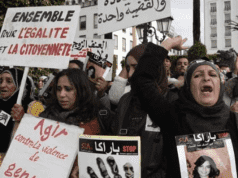 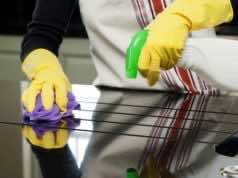 Morocco to Implement Law Against Violence on Women in September