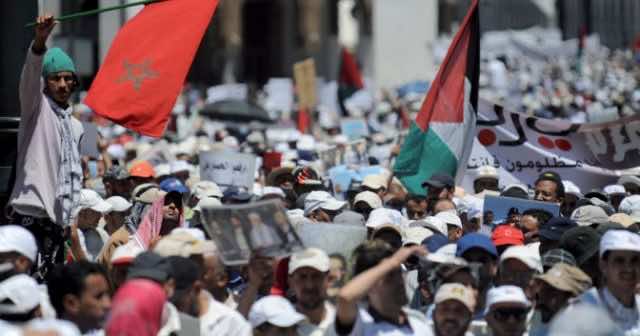 According to a joint press release, the demonstration coincides with the International Day of Jerusalem, which falls on the last Friday of Ramadan, under the theme: Moroccan people against the ‘deal of the century’ in  support of the resistance and confronting normalization.

Kushner arrived in Morocco yesterday and was received by King Mohammed VI,who hosted an Iftar in his honor.

Kushner’s arrival in Morocco is part of the US-led promotion plan to encourage investment in Palestine and establish peace between Israel and Palestine.

With this in mind, a conference is scheduled for June 25-26 in Manama, Bahrain.

Jared Kushner will also visit Jordan and Israel ahead of the Bahrain conference.

Palestinian authorities were not consulted during the conference planning and subsequently decided to boycott the event. They believe that the plan aims to force Palestinians to “sell” their country.

While Palestine called on Arab nations to boycott the conference; many Arab countries including Saudi Arabia, Qatar, and the UAE announced their support for the symposium.