The campaign’s slogan is #b7arblaplastic: “Sea without plastic.”

Rabat – Lydec Foundation, financer and partner of the “Clean Beaches 2019” campaign in Casablanca, announced today, September 10, that its program helped clear two Casablanca beaches of 1.700kg of plastic. The campaign cleaned the “Lalla Meryem” and “Nahla” beaches. The 2019 campaign started on July 3, and ended on August 31.

“Clean Beaches” is an annual campaign, organized by Mohammed VI Foundation for the Protection of the Environment (FM6E). The national campaign covers 100 beaches across Morocco. At every beach, local organizations collaborate with FM6E to put the campaign into action.

The objective of the campaign is to sensitize beachgoers, and civilians in general, about the dangers that plastic presents for the ocean and its creatures. The campaign also aims to mobilize civilians, children especially, to clean beaches.

Lydec Foundation, the local partner of the campaign in Casablanca, picked the beaches of “Lalla Meryem” in Ain Diab and “Nahla” in Ain Sebaa as beneficiaries of the campaign.

The foundation, in collaboration with other local organizations, put in place and upgraded some infrastructures, such as lavatories, wooden huts for local police and civil protection, watchtowers, flags, and signs.

They also installed stands providing different animations for visitors, including educational and sports games, and artistic and scientific activities.

The director of the Association of Natural Sciences Teachers (AESVT), a partner of the campaign, stated: “This year, we animated two stands to sensitize people about the environment protection. The theme of the stands was the fight against plastic pollution in seas and oceans. We presented an exhibition entitled ‘Sea: The final destination of plastic waste’.”

The “Clean Beaches” campaign was launched in 1999 by Princess Lalla Hasnaa, the President of FM6E. Over the 20 years of its existence, the campaign contributed to improving the state and quality of more than 100 beaches around the country.

A report published on the campaign’s website in 2018 states that the average swimming waters quality in the beaches concerned by the campaign improved by 90% since its start. 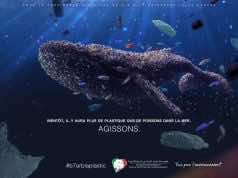 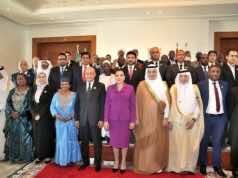