Travel blogs, experienced travelers, and online forums give mixed reviews about personal safety for tourists in Morocco. Here’s what you need to know. 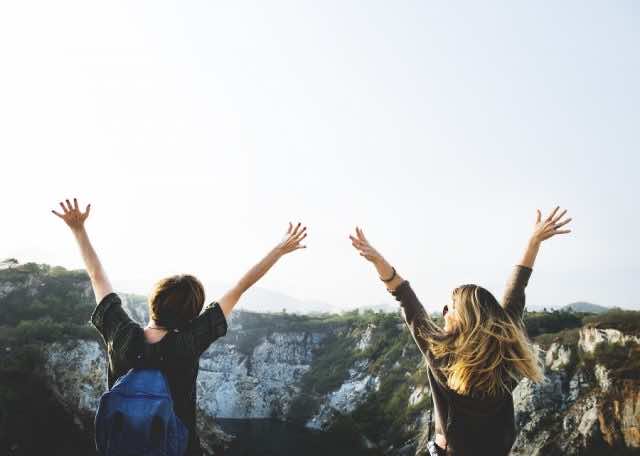 Rabat – Many prospective travelers to Morocco wonder if the North African country is safe, particularly for female tourists.

Nine months after the horrific Imlil murders which claimed the lives of two Scandinavian women who had been hiking Morocco’s famous Mount Toubkal, the kingdom has begun to recover from the shock of the unprecedented atrocity.

Despite heightened safety concerns, Morocco has continued to welcome tourists, thanks to the renowned efficiency of the country’s national security forces.

However, female tourists, in particular, may still wonder if Morocco is a safe place to visit. To determine this, one should consider the likelihood of experiencing violence, theft, or harassment while traveling in Morocco.

First and foremost, it is extremely unlikely that someone will physically assault a female tourist for any reason. Moroccans are famously hospitable, and tourists are well-received throughout the kingdom.

A recent example is a British woman in Tangier who aggressively berated a chicken vendor in the souk of Sidi Bouabid. She threw herself onto the cages containing live chickens, attempted to break open the lid, and bit and punched the vendor. None of the dozens of bystanders, male or female, harmed her, though her behavior clearly enraged and astounded them.

The fact that she made it out of that altercation physically unscathed is telling: Moroccans are not combative, especially towards foreign women.

Although multiple governments have issued travel warnings to Morocco due to anticipated threats of terrorist attacks against foreigners, such threats are not palpable on the ground.

The absence of terror threats in Morocco is corroborated by the Global Terrorism Index (GTI), which has been described as “the most authoritative data source on terrorism today.”

Every year, the GTI ranks 163 of the world’s 195 countries according to how much they are impacted by terrorism.

Despite negative media portrayals of Morocco and its regional neighbors, Morocco’s security forces are world leaders in counterterrorism.

In Morocco, vendors can act aggressively with tourists in certain areas. While some travelers may enjoy the hustle and bustle of traditional open-air bazaars, others can find these crowded and noisy spaces overwhelming.

There is a myriad of reports to consult on shopping as a tourist in Morocco, and the reviews of major souks — while often positive — can be mixed. Most of the negative reviews come from Marrakech, which has a reputation as a “tourist trap.”

Much of the criticism of Marrakech comes from unpleasant experiences with merchants.

“I didn’t feel safe in this market place,” one Trip Advisor reviewer wrote of the Marrakech medina. “When I didn’t buy a handbag from a stall, the stallholder pushed me and pinched my shoulder!”

Other tourists, who visited Morocco expecting the worst, were pleasantly surprised by the kindness of the local people.

“I was warned about hawkers/grifters, but everyone we met was extremely friendly—people directed me without asking for anything in return and did not harass me when I chose not to buy,” reads another review of Jemaa el-Fna square in Marrakech.

While aggressive vendors do exist in Morocco, the good news is that these people are not dangerous. They may make you uncomfortable at times, but if you already have some travel experience, you should be well-equipped to fend off their advances.

Morocco is no different from other tourist destinations; thieves can target foreign women, like anyone else. They can pick your pockets, snatch your purse, give you the wrong change, or scam you.

While some of these instances are out of your control, there are plenty of ways to make yourself less appealing to petty thieves in the street.

You can wear whatever you want as a tourist in Morocco, but in the crowded old medinas and souks, there is no need to show off your wealth.

Some Moroccans may assume that all tourists have plenty of money, so flashy clothes and accessories might only further attract opportunistic criminals such as pickpockets or scammers.

If you have a backpack but you are nervous about taking it through a congested marketplace or bustling train station, carrying it on your stomach is a great way to let everyone know you are watching out for thieves. Sure, you might feel a little silly, but Moroccans do this in busy areas, too.

The chances of getting mugged as a female tourist in Morocco are quite low, but if you are worried, take the same safety precautions as you would while visiting any other country: Be aware of your surroundings, especially at night, and avoid walking alone in empty areas.

If you are certain that someone has touched you or your bag, or if you are outright attacked, make a scene. Moroccans tend to be reactive in these situations and will surely come to your aid or defense.

Finally, Moroccan police tend to be very accommodating and sympathetic towards tourists, so if anything happens, trust that you will be taken care of.

North Africa is unfortunately notorious for its high rate of street harassment.

A 2017 survey reported that 73% of women in Morocco experience harassment in public spaces.

Although this is fewer than 81% of women who experience harassment in the United States, the figure is daunting and should be taken seriously.

A female traveler’s experience with harassment in Morocco depends on where she is in the country, who she is traveling with, and how she personally defines harassment—what one woman finds endearing may be insufferable to another.

If you are worried about unwanted male attention, the best way to ensure your personal comfort is to stick to a sizeable group, dress modestly, and travel with a guide as you see fit.

Unfortunately, some women experience harassment in Morocco regardless of the preventive measures they take. However, harassment is a risk in every city in the world, so this is not a good reason to abandon your dreams of visiting Morocco.

On the other hand, some female tourists in Morocco do not experience harassment at all and report feeling extremely safe and comfortable during their travels.

Amelia, an American woman in her early twenties, recently visited Morocco with two friends. She traveled throughout the northern city of Tangier with one man and another woman.

She told MWN that she felt very safe in Morocco. Although she got some stares due to her “clothing and overall Western appearance,” she stressed that she and her friends were not harassed.

“Some merchants were aggressive, mainly the men in the medina and popular tourist areas trying to give us tours,” she noted.

Amelia added that some shopkeepers relentlessly pushed her to buy things despite her politely declining, but she pointed out that this happens in most areas with a high volume of tourists. She has experienced similar situations while traveling in Europe.

“I was comfortable the entire time in Morocco,” she maintained. “I definitely felt less comfortable in France and Italy.”

So, is Morocco safe for female tourists?

In short, yes. If Morocco were not safe, it would not receive 1 million tourists every month. Women from all walks of life travel to Morocco for work, leisure, and love.

The chances of female tourists experiencing violence in Morocco are low, and the likelihood of being targeted by petty thieves or street harassers is no greater than in Europe and North America.

Of course, Moroccan criminals do exist, but they tend to be more dishonest than dangerous. It is far more likely that someone will scam or overcharge you than physically harm you.

You may be pushed out of your comfort zone in Morocco, as you would in most foreign cultures, but any feelings of insecurity will be quickly remedied by the country’s famous hospitality.