The festival aims to open audiences to international experiences while promoting tourism to benefit the city of Meknes.

The actors have spent decades establishing themselves as cultural emblems and capturing the hearts of Moroccan audiences. The festival will honor their artistic skills and their commitment to television.

El Omari has long entertained the Moroccan public and displayed immense talent in truly embodying her roles. The actress has worked with some of the greatest Moroccan directors and playwrights, notably Larbi Bennani, Mohamed Tazi, and Souheil Ben Barka.

An actor and humorist, El Jem began his career with Morocco’s National Theater and went on to star in several successful sitcoms including “Si Marbouh Family” and “Sir Hta Tji.” The actor has starred in the 2015 film “Chahadat Al Hayat.”

The director and founder of the Meknes Fiction TV Festival, Mahmoud Bellahcen, organized this year’s event in partnership with the Ministry of Culture, the Regional Council of Fez-Meknes, and the municipality of Meknes.

Bellahcen launched a partnership with the French Embassy in Morocco and La Rochelle TV Fiction Festival to establish a writing residency for the first time.

A writing residency is typically a retreat experience designed to help writers pursue their creative growth.

In addition to the residency, the festival will host a seminar on how to write for television.

Moroccan director and producer Eyad Al Khazouz will chair the jury of the official series competition. The other jurors are Lebanese journalist and actress Stephanie Saliba and Moroccan actress Hafida Baadi.

Hassan Esmili will chair the TV film jury, and the other jurors are Moroccan actress and director Majida Benkirane and Egyptian actor Ahmed Abdelaziz.

Saudi Arabia and Switzerland are set to compete for the first time in the best foreign fiction category.

The festival aims to facilitate cultural exchange while promoting tourism to benefit the city of Meknes. 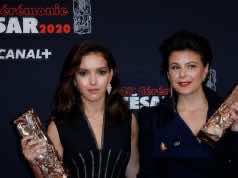