The Ministry of Foreign Affairs called upon Moroccan citizens to respect the measures and respond favorably to them. 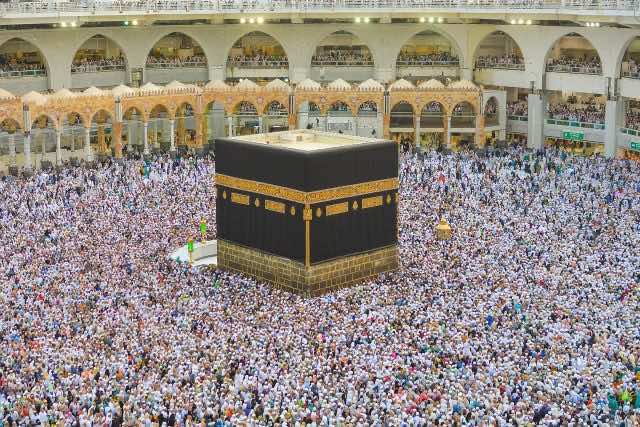 Saudi Arabia announced its decision to temporarily suspend the Umrah pilgrimage to Mecca on Thursday, February 27.

The Saudi announcement is part of the measures put in place to ensure public safety in the face of the COVID-19 outbreak.

“Entry to the Kingdom for the purpose of Umrah and/or visiting the Prophet’s Mosque in Medina is temporarily suspended,” the Saudi Foreign Affairs Ministry stated on Thursday.

The decision is in line with “precautionary measures to prevent coronavirus from reaching the kingdom. We ask God Almighty to spare all humanity from all harm,” the statement continued.

“The Ministry [of Foreign Affairs] affirms the keenness of the kingdom’s government through those authorities to implement the approved international standards and support the efforts of countries and international organizations, especially the World Health Organization, to stop the spread of the virus, control it and eliminate it.”

Morocco’s Ministry of Foreign Affairs responded to the measures today in a press release, noting that Saudi Arabia has acted in accordance with the preventative measure recommended by the World Health Organization (WHO).

The ministry also linked the decision to a hadith of the Prophet Muhammed, reported by Imam Muhammad al-Bukhari, that reads:  “If you learn the existence of the plague in a place, do not enter it; but if the plague breaks out in a place while you are in it, do not leave that place.”

The ministry calls upon Moroccan citizens to respect the measures and respond favorably to them.

Read also: Should Moroccans Be Worried About Coronavirus?