The only requirement, according to the Spanish minister, is Morocco’s reopening of its international borders.

If Morocco reopens its international borders, and “if there are Moroccan citizens who want, individually, to return to their country … Spain is ready to organize the transit of these citizens,” Gonzalez Laya said in a statement to Spanish radio network Onda Cero.

The Spanish FM’s statement came one day after Morocco’s Minister of Foreign Affairs, Nasser Bourita, announced the cancellation of the 2020 “Marhaba” operation—the operation that welcomes members of the Moroccan diaspora every summer between June and September.

Bourita explained that the return of Moroccans living abroad to their home country will depend on several factors, the first of which is that Morocco opens its international borders—a decision that has not yet been announced.

Morocco and Spain have been in “close contact” on this matter, Gonzalez Laya said, recalling her “numerous discussions” with her Moroccan counterpart to coordinate “in the best possible way for what could happen.”

The Spanish FM qualified the summer as “atypical,” explaining that Morocco’s decision to keep closed or open its international borders is the North African country’s exclusive responsibility.

Gonzalez Laya made the statement as her country is planning to reopen its international borders after lifting its state of emergency.

The Marhaba Operation usually facilitates the return of millions of Moroccans living in Europe, mainly through the Tangier Med port. In 2019, the operation lasted from June 5 until September 15 and facilitated the travel of 2,965,000 Moroccans living abroad. At times, over 40,000 people crossed the Moroccan border per day. 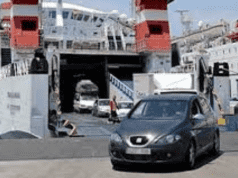 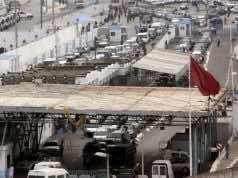