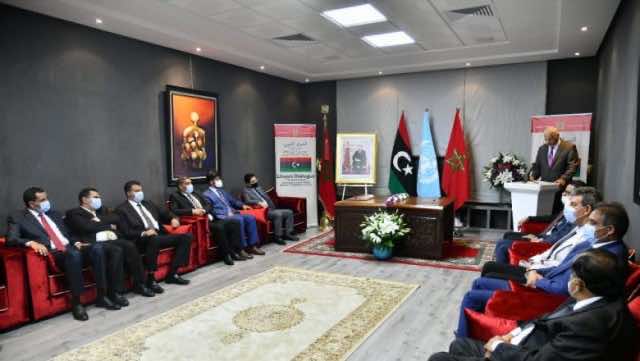 Qatar has welcomed the “comprehensive agreements” that resulted from the second Libyan Dialogue session in Bouznika, Morocco.

In a statement issued on Wednesday, the Qatari Ministry of Foreign Affairs congratulated the Libyan delegations participating in the talks for coming closer to a final agreement.

The second Libyan Dialogue session took place from October 2-6 in the coastal town of Bouznika, near Rabat.

The meeting brought together representatives from the Tripoli-based High Council of State and the Tobruk-based House of Representatives with the aim of finding mutually-acceptable solutions to the ongoing Libyan crisis.

Qatar expressed its satisfaction with the agreements that the Libyan delegations reached during the dialogue. Qatar specifically mentioned the mechanisms for leadership appointments to Libya’s public institutions that came within the agreement.

Qatar expressed its hope that the recent dialogue will lead to a political solution and allow the rebuilding of Libya in a way that preserves the rights and sovereignty of Libyans.

Qatar also reiterated its support for the 2015 Skhirat Agreement, signed in Morocco. The agreement remains, to date, the only internationally-recognized legal framework for solving the Libyan crisis.

“We call on our Libyan brothers to prioritize national interest and adhere to dialogue without discriminating against any component of the Libyan society in order to achieve a comprehensive political settlement,” the statement said.

It concluded by stressing the importance that the settlement preserves “Libya’s sovereignty and territorial integrity and fulfills the security and stability aspirations of its people.”