Rabat - As Morocco’s educational system seems to have taken a sharp turn for the worse in the last decade, the new minister, Mohammed Hassad, has entered the intensive-care room aiming to restore its ailing health. 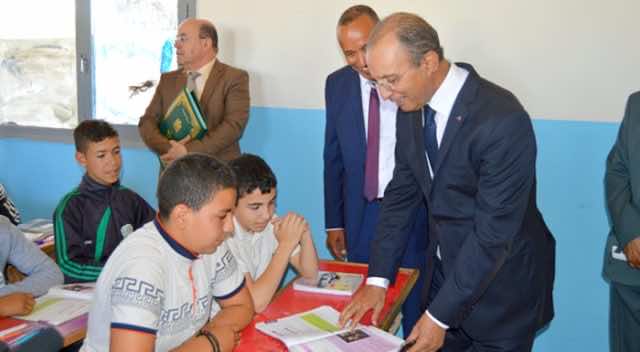 Rabat – As Morocco’s educational system seems to have taken a sharp turn for the worse in the last decade, the new minister, Mohammed Hassad, has entered the intensive-care room aiming to restore its ailing health.

I believe Hassad has been the most zealous official to date, willing to revive a nearly inert body of education. The number of decisions the minister has made and the visits he has paid to numerous schools scattered across the country, in addition his dismissals of powerful officeholders, give evidence of a magic Godot to end the endless dismays of a crippled educational system.

Yet, the newly-appointed official seems more to have exerted his authority and tended towards punishment than to prudently address the essence of the problem. The former interior minister may be accelerating official measures to stay in office, but without much actually being done, as was the case with his predecessors.

For long, the conflicting policies of successive officials have been the prime impediment to education reform in Morocco; subsequent heads of this department soon cancel their predecessor’s measures in favor of their own, assumed to be more sensible substitutes. Mohamed El Ouafa, for instance, become famous for dropping many of the policies already in practice, which made educators hopeful for a promising future of education.

The man, however, did not really make a difference before being promptly replaced by Belmokhtar. The latter was said to come with a very strong will to restore the education sector, but, again, public opinion was disappointed by his poor results.

The quick and constant changing of education ministers appears to have been a key reason for the sharp slope downward of the quality of public schools. Today’s alarming social degeneration is but a disastrous implication of this educational bankruptcy, and the worst is yet to come.

The recruitment policy for contractual teachers has been the most momentous decision carried out by the Moroccan government in recent years. While debate on reform has become tense and public, and the King has given firm speeches on the dire need for reforming education in the context of the so-called “Arab spring” alongside international reports demonstrating poor education in Morocco, decision makers have turned to recruiting young, underqualified teachers to undertake the noble demanding mission of enlightening students’ minds and training them in 21st -century skills.

Undeniably, there are many competent teachers that I personally know, yet it is risky to assign large classes to untrained recent university graduates. With this policy, it became very common that teachers and students would be the same age, and many teachers even happen to be younger than their students.

Irrespective of this issue of age and lack of training, it is inhumane to hang those ambitious youth by a thread by compelling them to sign short-term contracts, while they are aspiring for promising futures of marrying and having families, getting loans, and living as normal employees. This social and economic insecurity would have adverse repercussions on their work and their ability to face the real issues of education. They would presumably never be able to feel truly involved, instead constantly fearing abrupt dismissal.

On quite another front, the new obligation to play the national anthem twice a week will not pay off to assumedly reinforce patriotism among Moroccan youth and children. It is simply an added burden of mandatory legislations on public schools that all know are pointless and futile.

With the excessive use of social media, young citizens continue to express their disgust with all forms of politics and political discourse, convinced of its complete hypocrisy. Many even feel indifferent to all the concerns of our nation. Preferential treatment, corruption, injustice, and public scandals are but a few of the despicable phenomena that have become an identifying feature of politics and politicians, to the point that chanting the Moroccan anthem has become extremely unpopular, to say the least.

Indeed, many of the decisions made would yield good outcomes if accompanied by meticulous scrutiny of teachers, students, and administrators. If this comes, Hassad’s efforts to renovate and strengthen education would not be to no avail. One-sided decisions have been a chief factor in crippling past policies. It is high time we had an ardent official like Hassad, but we are also in need of wisdom and durability of a single, straightforward policy.

A Moroccan professor once said, “Our education system is a weird machine wherein you put lots of oranges but eventually obtain very little juice.”

We have lost millions of oranges, but we are still thirsty for some juice.