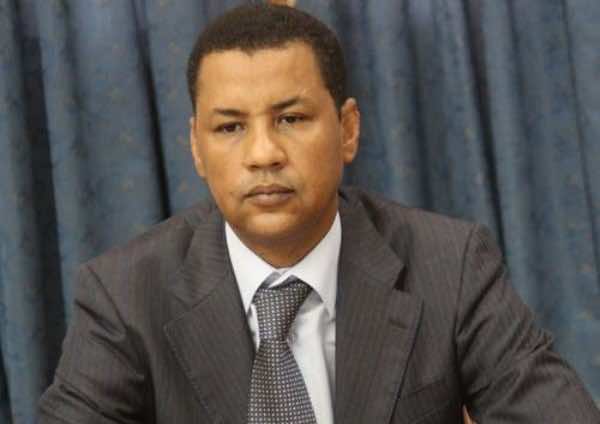 This appointment comes about two months after the appointment accreditation of the new Moroccan ambassador to Nouakchott, Hamid Chabar.

Chabar succeeded the late Ambassador Abderrahmane Benomar, who died in December 2016, after he had served in the office for 15 years.

He was appointed to succeed the late Ambassador Abderrahmane Benomar, who died in December 2016 after he served in the office for 15 years.

Ould Aboye and Chabar’s appointments come at a time when both countries seem to be willing to resolve the long-standing diplomatic tensions over sensitive issues such as the Western Sahara.

Several media reports claimed that Chabar’s appointment was not well received by Mauritania, which allegedly wanted him to be replaced by another ambassador.

In September, however, Mauritania officially denied the rumors that it rejected the Moroccan diplomat as an ambassador to the country.

Some believed at the time that the motive behind President Abdel Aziz’s displeasure at the appointment was due to Morocco hosting Mauritanian the businessman Mohamed Ould Bouamatou, one of his opponents, and who is a subject of an international search warrant issued by Mauritanian authorities since September 1, 2017.

Bouamatou’s presence on Moroccan soil had been considered one of the main reasons that relations between Rabat and Nouakchott were tumultuous, in addition to what Morocco sees as a rapprochement between Mauritania and the Algeria-backed Polisario Front.

In October,  rumors of Bouamatou’s expulsion from Morocco made the headlines of media outlets in Morocco and Mauritania. Many media outlets reported that Rabat had expelled the Bouamatou to improve relations with Mauritania, a move that has seemingly eased tension between the two countries.