The career diplomat with nearly 20 years of experience is returning to the US State Department after a four-year hiatus. 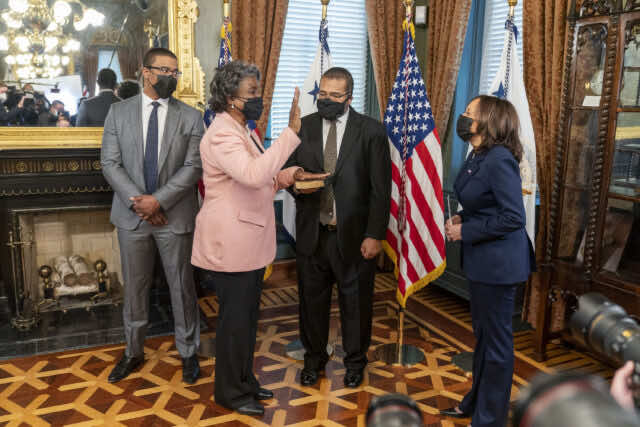 Rabat – “Diplomacy is back,” reads a tweet picturing US Vice President Kamala Harris swearing in Linda Thomas-Greenfield as the US Permanent Representative to the United Nations (UN).

The US Senate confirmed on February 23 US President Joe Biden’s pick of Thomas-Greenfield as the US envoy to the UN. The choice of ambassador reinforces “Biden’s commitment to restore and expand American leadership on the global stage,” the State Department’s statement reads.

“Ambassador Thomas-Greenfield is a seasoned diplomat, deeply committed to American values, and the right choice to rebuild our nation’s standing at the UN and in other multilateral venues,” it continues.

A well-respected career ambassador, ousted from the State Department under Donald Trump’s Administration, Thomas-Greenfield was one of Biden’s first picks for his national diplomacy team.

President Biden’s administration promises to be one of the most diverse cabinets in US history,  with a record number of women and women of color. Despite the great optics, some observers have questioned the cabinet’s integrity, calling it “a new era for US corruption.”

Biden has declared multiple times that “America is back,” but many are still not sure what this means for the world at large. As for Linda Thomas-Greenfield, it remains to be seen what role she will play in US foreign policy.

Conforming to a rabid anti-China sentiment, at a time when the country is experiencing an “alarming surge” in anti-Asian violence, she promises to hold China accountable.

“If instead we walk away from the table, and allow others to fill the void, the global community suffers — and so do American interests,” she told the US Senate Foreign Relations Committee. “In particular: We know China is working across the UN system to drive an authoritarian agenda that stands in opposition to the founding values of the institution — American values.”

The ambassador’s stance on Israel also leaves little ambiguity. Before the same committee, Linda Thomas-Greenfield called the boycott, divest, and sanctions (BDS) movement against Israel “unacceptable,” saying that “it verges on antisemitism.”

Time will tell whether she will bring something new to US diplomacy.