After recovering 12 migrant bodies at the Zenata beach, police are still searching for other possible victims. 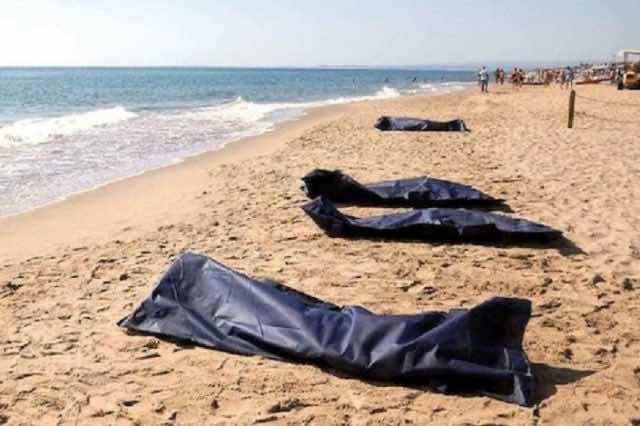 By
Kawtar Ennaji
-
Kawtar Ennaji is a journalist and translator at Morocco World News, MA holder from King Fahd School of Translation
Sep 30, 2019
Spread the love

Rabat – The services of the Royal Gendarmerie and the civil protection recovered five more bodies on “Ennahla” beach in Zenata near Casablanca, on the morning of September 30. The police had previously retrieved seven bodies, including a 20-year-old woman, on September 28.

The deceased were irregular migrants who were headed to Spain on a boat. The boat, allegedly carrying more than 50 migrants, sank at sea.

With the bodies found today, the death toll has reached 12 victims. Three other victims were found unconscious and were transported to the Moulay Abdellah provincial hospital for treatment.

At the moment, Moroccan police are still searching for other victims, using Royal Gendarmerie aircraft and military boats.

According to Hespress, police arrested the individual who was in charge of the immigration operation in Mediouna, a Casablanca suburb. The perpetrator is now in police custody under the supervision of the public prosecution.

The news outlet pointed out that the Royal Gendarmerie arrested two other members of the illegal immigration network and are still searching for other accomplices. If arrested, prosecutors could charge the perpetrators with “forming a human trafficking criminal network.”

This incident has brought to light Moroccan police efforts to curb irregular migration in recent years. Just this month, on September 7, police in the southern cities of Tan Tan and Laayoune arrested six people for their alleged involvement in irregular migration and human trafficking.

The same day, police in Oujda, eastern Morocco, arrested a Guinean national for his involvement in forcible confinement, organizing irregular migration, and human trafficking. The arrest came after a Sudanese citizen had called the police claiming that his brother was kidnapped by an individual active in irregular migration.