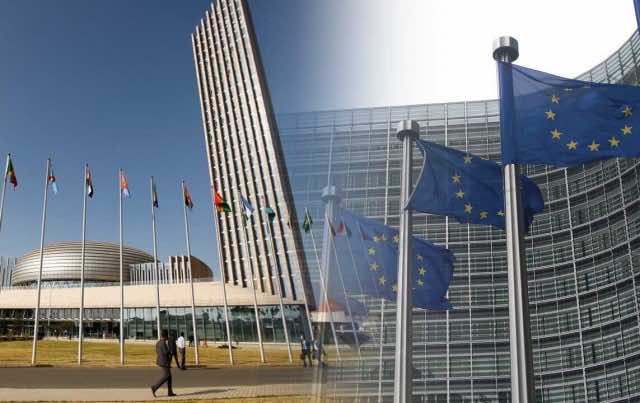 Rabat – The African Union (AU) and the European Union (EU) have welcomed Morocco’s initiative of bringing together rival Libyan political delegations in Bouznika to negotiate a solution for the Libyan crisis.

The international bodies’ comments follow the Libyan dialogue Morocco is hosting in Bouznika, near Rabat. The dialogue, which began on September 6, seeks to uphold the ceasefire and encourage the delegations to advance towards putting an end to the Libyan crisis.

The chairperson of the AU Commission, Moussa Faki Mahamat, expressed the AU’s satisfaction with the Moroccan initiative.

“I salute the efforts of Morocco by bringing together the representatives of the Parliament [of Tobruk] and the Libyan High Council of State,” Faki wrote on Twitter.

“I strongly encourage the parties to engage in this path for the salvation of the Libyan people,” he added.

The AU was among many international organizations urging the rival Libyan parties to stop fighting and look for a peaceful solution to the crisis.

On March 27, Faki sent a formal invitation to the warring parties — the Tripoli-based Government of National Accord (GNA) and the Tobruk-based Libyan National Army (LNA) — to immediately stop fighting and engage in lasting ceasefire negotiations.

The EU is also a supporter of the UN-led peace process in Libya. The EU Commission expressed their satisfaction with the recent Libyan dialogue in Morocco through spokesperson Peter Stano.

In an interview with Morocco’s state media, Stano said the EU is “grateful to Morocco for its active role with both [Libyan] parties, in support of the process led by the UN.”

“The EU welcomes any initiative aimed at supporting the UN-led mediation process and advancing the resolution of the Libyan conflict through a political process,” he added.

One week before the Bouznika talks, the Vice-President of the EU Commission, Josep Borrell, made a visit to Libya and met with the leaders of the two rival Libyan parliaments. Borrell’s visit aimed to urge the parties to maintain their ceasefire.

The Libyan High Council of State and the Parliament of Tobruk signed a ceasefire agreement on August 20. The declaration represents an important milestone that brings the Libyan crisis closer to a solution.

Besides the AU and the EU, several international bodies welcomed Morocco’s initiative to facilitate negotiations, including the UN, the Arab League, and the Community of Sahel-Saharan Communities.

Morocco’s recent mediation effort affirms the country’s position regarding the Libyan crisis. Minister of Foreign Affairs Nasser Bourita reiterated the position during the opening speech of the Libyan dialogue.

Morocco’s stance includes three main points. First, Morocco believes the solution to the Libyan crisis must come from Libyans themselves through negotiation, away from any foreign intervention.

The second point is that the solution must be peaceful rather than military. Third, Morocco believes the solution to the Libyan crisis must be primarily political to ensure the legitimacy of any government that would come after elections.

The Libyan dialogue in Bouznika came six week after the President of the Libyan High Council of State, Khalid Al Mishri, and the Speaker of the Libyan Parliament, Aguila Issa Saleh, visited Morocco for the first time.

The Speaker of Morocco’s House of Representatives, Habib El Malki, invited the rival politicians in July to discuss how they envisage solving the Libyan crisis.

After the visit, Al Mishri and Saleh announced their desire to meet in Morocco for dialogue.